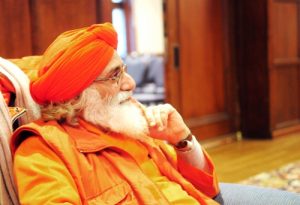 Ácharya Shambhúshivánanda Avadhuta (Dadaji) is currently the Chancellor of Ánanda Márga Gurukula. Residing at the Gurukula campus in Ydrefors, Sweden, he also travels around the world to build and strengthen the global education network of Gurukula.

He has served on the faculties of several universities (University of Scranton, Rutgers, Drexel, PCTS (Philadelphia University), etc, in the Eastern United States before dedicating his life for the cause of building “One Human Society” based on spiritual lifestyle. In 1992, Dadaji was the honourable recipient of the International Mahatma Gandhi Award for his contribution towards building a global community based on ecological ethics and spiritual values. The Indian Research Association also awarded him the Karyalaya Shiromani Award the same year.

Dadaji has been a globetrotter since 1980 and a celebrated speaker at several global forums, including the Lithuanian Parliament on the occasion of their independence from USSR, the Kyoto Forum of Japan, the Parliament of World Religions in Cape Town, South Africa, Tamkang University (Taiwan), the Ministry of Education (Israel), Stockholm Women’s Centre, and scores of other such international events. Dadaji is also the founding director of CNS-Sweden, NERI (Netherlands), Gurukul Teachers Training College (TTC) at Anandanagar, and NERI (Thailand). 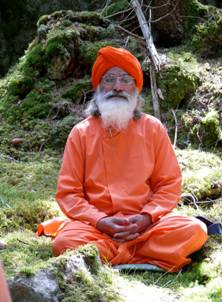 In 1990 Dadaji was present when Rev. Shrii Prabhat Rainjan Sarkar laid the foundations of Ánanda Márga Gurukula. Dadaji was then given the job of first Chancellor, or Kulapati. Since then Dadaji has been active in disseminating the ideas of Ánanda Márga Gurukula (AMGK). He was also named as Chairman of the Global Prout Subcommittee in 1989 by Shrii P.R. Sarkar to help popularize the Progressive Utilization Theory around the world. He is the author of Planning Nutritional Interventions in Developing Countries, Prout: Neohumanist Economics, Wisdom and Mystical Verses of Sanor, and has contributed greatly to the development of the Neohumanist Education system around the world.

AMGK approaches education as a broad platform for providing, among other things, a conducive environment for students’ physical, social, intellectual, creative and spiritual development. AMGK is participating in the building of a global eco-village network, and places volunteers across cultures to facilitate understanding and build meaningful relationships that are the impetus for social change. AMGK also encourages the development of micro-enterprises for sustainability of social service projects. Dadaji works to develop and coordinate all of the activities of the Gurukula international network.