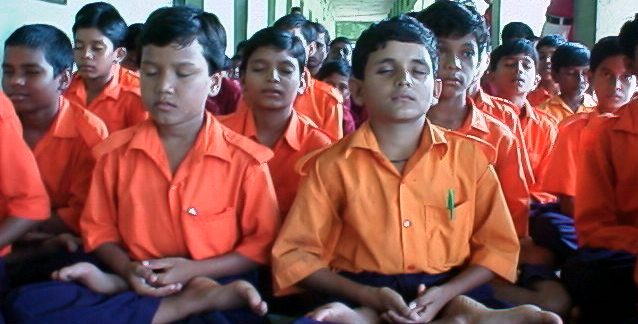 “Spiritual practice means practice for expansion, and this expansion is nothing but a liberation from the bondage of all sorts of staticity. A person, who, irrespective of caste, creed or religion,aspires for spiritual expansion or does something concrete, is a Tantric. Tantra in itself is neither a religion nor an ism. Tantra is the fundamental spiritual science.”
– Shrii Shrii Anandamurti

Tantra is the central plank of Sarkar’s civilizational discourse. In reimagining the future he weaves stories of continuity and discontinuity, infusing the ancient Indic philosophy of Tantra with new insights in social theory and the individual’s role as spiritual and political beings.

Being deeply rooted in the indigenous experience of reality Tantra has a broad metaphysical base which allows for ways of knowing, feeling and processing that go far beyond the limited rationality that informs the Western Enlightenment project. Priorities are different as Sarkar notes because , “spiritual life controls all other arenas of human life.”

Most indigenous cultures have found their purpose to be in maintaining cosmic balance and working in harmony with others and their environment . In many ways traditional Tantra also followed this pattern. Modern Tantra, as Sarkar has defined it, has a more dynamic agenda. It is specifically liberatory and therefore political. Tan in Samskrit means ‘bondage’, and tra means ‘to liberate from’ . Traditionally this was interpreted to mean the individual transcending the limitations of their own ego. Sarkar radically shifted the emphasis from the individual to the collective by linking the two so that neither could progress without the other. Spirituality ceases to be selfish and becomes a collective act.

Within this construction of Tantra the individual works for their own liberation by following specific physical, social and spiritual practices, while at the same time struggling to free others from physical, social and spiritual bondage. This brings to spirituality an ironic tension in which the individual must engage with the world in many ordinary and extraordinary ways.  It is on this expanded definition of Tantra that Sarkar has based his educational philosophy