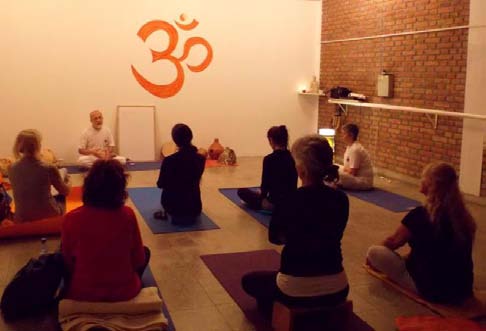 On the 14, 15 and 16 September, the yoga teacher Graciela Abrego and I participated as representatives of Ananda Marga Argentina and the Rajadhiraja Yoga Tradition as well as AYAM, Academia de Yoga de Ananda Marga, in the “First National Conference of Yoga” in Mina Clavero city, a famous tourist resort located in the province of Cordoba, Argentina. This activity was organized for the “Holistic Center Aum Shanti” and was sponsored by the town council of the city and the Embassy of India in our country. This Conference was attended by eight other professionals representing different disciplines related to yoga, dance and music. Also present was the mayor of the city.

One of the four workshops presented by Ananda Marga was “Yoga and Social Transformation” where we presented the principles of Prama, Neohumanism and PROUT. These presentations stirred great interest among the public, because for many people it is a novelty that profound social change can be based on principles of yoga and spirituality. From the discussions that were held at the workshop, several interesting proposals arose to establish neohumanistic schools, starting with a virtual network of neohumanistic education. From this activity, the door was opened to start the work of social communication and special training for the spreading and practical implementation of neohumanistic education in that area. 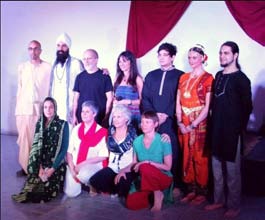 This is the link to website of the conference: http://www.encuentronacionaldeyoga.org/

Ananda Marga Gurukula Teachers Training College building at Anandanagar is still under construction and is expected to be completed by the end of the year.