Nursery and Kindergarten in Manila, Philippines
A Beautiful Story 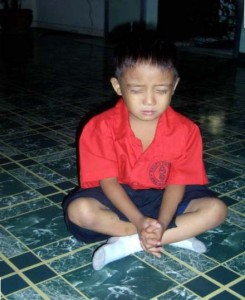 I have always felt that the Living Quarters of the late Shrii P. R. Sarkar in Manila, Philippines should be home to activities that reflect his universal philosophy of neohumanism. Thinking about this, in 2007, I approached the then Sectorial Office Secretary for Ananda Marga, Dada Unmantrananda, and told him that I would like to start a school at this location so we could practically share the philosophy of Shrii P. R. Sarkar with the neighborhood. From the first day we introduced Shrii P. R. Sarkar as the founder and inspiration of the school, and explained to the parents about his vision.

In August 2007 we started to recruit children. It was in the middle of a typhoon, but in spite of us having only a small space of 30 sqm, and we were completely unknown in the area, by Grace we got 25 students enrolled. As this was an outreach program in a poor neighborhood, the fees were minimal and it was a deliberate policy to accept children of poor parents only. The initial investment for equipment, and the shortfall between income and expenses, was at this stage paid for by the Lanesra Foundation. The school fees varied depending on the ability of the parents to pay, and the evaluation included interviews, examination of pay slips, electricity bills, water bills and rent agreements, and was completed by a home visit. As this was a subsidized school inside Shrii P. R. Sarkar’s own house, we called it an AMJAS, Ananda Marga Jagrti (spiritual center) School. AMJAS schools offer low cost education to those in need. 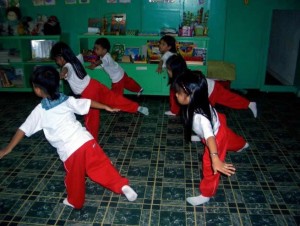 After running in a subsidized manner for two years, and in the process turning away all people who could afford to pay proper school fees, an idea suddenly came to me. Instead of having the school subsidized by us, why not let those who can afford to, pay for those who can’t? The question was how to do this? Why would someone with money pay substantially more for their education in order to subsidize poor parents they did not know? 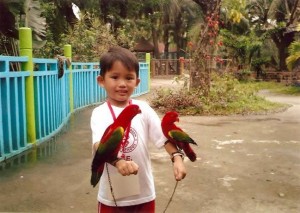 Again, Grace was with us. We started a second program that was full tuition based, at the same premises, only at a different time of day. Amazingly, the wealthier parents agreed to send their children to the same school premises at a much higher price, even though the education was essentially the same. We did give them some extra amenities such as air conditioning, computers, TV, etc., but classes were held in the same 30sqm room. In this way we became partners with the new parents, and they helped us to achieve our goal to provide everyone with high quality education. We called this program an AMSAI, Ananda Marga Special Academic Institute, and held classes in the afternoon and AMJAS in the morning.

These days, the AMSAI pays all the bills and salaries of teachers, as well as the shortfall of the AMJAS. There is no longer any need for any subsidy, as the schools, taken as a whole, are self-sufficient. Presently the schools combined have around 75 students divided into 4 sessions, which is the absolute maximum we can manage in the space available. 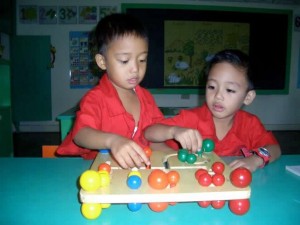 We have received numerous testimonials from parents of our graduates who tell stories of how the teachers in their child’s primary school are surprised at the level of knowledge of the children that graduate from both the AMJAS and the AMSAI School. They all want to know where this fantastic school is located!

We also decided to test our level of education in an objective manner, by sponsoring children to sit for the entrance exam of the San Beda College, one of the most exclusive private schools in Manila. Every year all those we send pass the exams, which confirms that the educational level in our schools is second to none. Still, even though we strive for academic greatness, the central theme of Neohumanism is never forgotten. Children learn to take care of the environment, be kind to animals and plants; get to try a vegetarian diet; and last but not least, get to experience the peace derived from meditation. 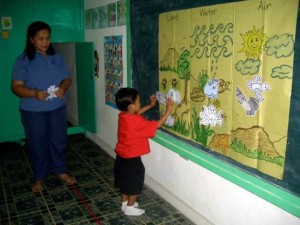 The Future Is Now

Currently, we are planning for the future. We have been given land opposite Shrii P. R. Sarkar’s house, and we are presently constructing a fence around the premises. Lanesra Foundation and Ananda Marga are currently working on a new school building which should be ready this year. At the same time we are registering the school with the Department of Education, which will enable us to expand the classes to become a full primary school.

This is the beautiful story of the schools and Shrii P. R. Sarkar’s home in Manila. By Grace, a simple idea took form and became a successful, economically self-sufficient service project that helps the children and makes Shrii P. R. Sarkar’s philosophy known in the neighborhood.