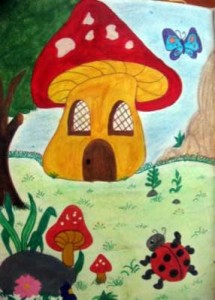 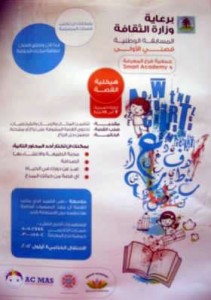 In both places we are in the process of determining the winners and preparing the printing of the winning books. 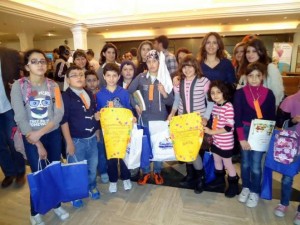 At the Smart Academy in Lebanon which is an after school programme with various activities, children participated in a national contest on “Safer Internet”. This contest was sponsored by World Vision in relation with the Ministry of Education, Ministry of Labour and Ministry of Social Affairs. Out of 28 schools that participated, students at the Smart Academy won the first and third prize with making a video game and and booklet respectively! 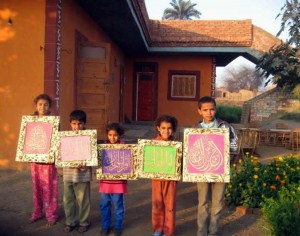 This education project is harmoniously flowing along with life in the little village. Our teacher, a 20 years old girl from the village enjoys coming to school, so she comes seven days a week. And of course the children love to come as well. About 70 children come, about 50 regularly and 20 irregularly. The teacher is now at the beginning stages of being able to read Arabic and what she knows she can now easily teach to the children. She has earned the title of ‘teacher’ now by her sincerity.

These past few months we were focusing on Arabic. The older children got into the habit of teaching each other, especially enjoying dictation. 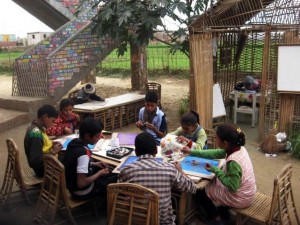 We now have lots of marigold and calendula growing around our school. The children learned about collecting seeds and growing flowers and propagating geranium flowers from cuttings.

After a lot of art activity on paper we thought to do something that could be useful and decorative for their homes. So the girls painted canvas bags that they can use now for their notebooks and made nice mirrors. The boys wanted to do something as well. They asked to make a calligraphy picture. We experimented and with the help of computer projection of nice images we managed to produce artistic calligraphy verses from the Koran. We also made moral sayings such as ‘Using words for the welfare of others’, ‘Not to harm others in thought, words or action’, ‘Love is all there is’ etc. 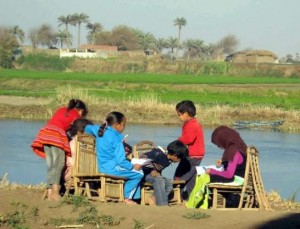 The calligraphy pictures became such popular decorative objects in their houses, appreciated by the parents and neighbours, that everyone wanted to make more and more. One for the local mosque, the Koran teacher wanted one, some the kids took to their school in the next village. We made one for the old lady across our school who lives alone (and the boys fixed her three-legged table as well). The man in town who sells us the card board wanted one and somebody from the other shore of the Nile as well, even some went to Cairo! 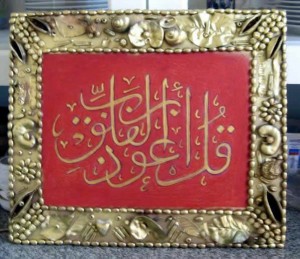 Well all in all so far we made 100 ‘Koraneya’ as the children call it! The school became a little factory almost and the children learned to saw, hammer, colour and collect seeds, shells and all kinds of natural things to glue on the frame. They learnt to appreciate and make beautiful things. I would spray the frame golden early mornings and the kids would come fresh from bed running to see their finished product and proudly take them home! Some children have now two or three ‘Koraneya’ decorating the bare walls in their homes.