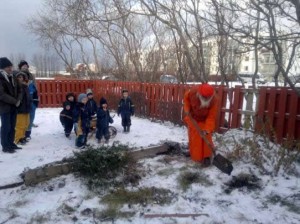 At the end of last year, Dada Shambhushivananda
visited the NHE school Leikskolinn Saelukotin. In existence since 1986 it is one of the first NHE schools in Europe. An extension of the school building is underway, and Dada participated in the the initial laying of the foundation. Dada gave many lectures while there and taught several classes for the teachers. 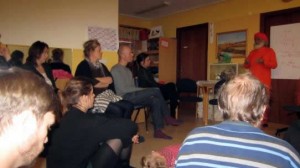 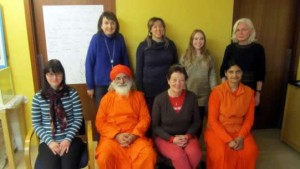 In May 2014, the Romanian Association of Neohumanist Education (A.E.N.) will open up the “Morningstar Center”, a holistic course center which will offer natural therapies, including homeopathy, bach flowers and massage therapies as well as courses in personal development, yoga, martial arts and workshops in detoxification and natural well-being. The center will open with a workshop led by Vinay Steve Gunther on “Spirituality and Personal Development” and later in the month we will have a guest from Portugal leading a detoxification workshop. We look forward to inviting more international experts from our Neohumanist network of specialists. The center will also host Neohumanist Education trainings led by A.E.N. We welcome international guests and students!

Anti-Bias Education – “We all have a story”

AMURTEL Romania, in partnership with CPE (Center for Equal Partnership – a gender equality organization) and Romanobutiq (a Roma rights organization) won a grant from a Norwegian fund “NGO Fund” for a project entitled “We all have a story” which will introduce anti-bias education in Bucharest kindergartens. The project will first work with teachers, challenging stereotypes and social barriers by learning to tell and listen to each other’s person stories in a group that will include minorities, people with disabilities and gender perspectives. The goal of these sessions will be to create authentic relationships between the participants, as well as to practice telling personal stories in engaging ways for young children. A second phase of the project will be to introduce a diversity of classroom friend in the kindergartens, who share their personal stories with the children. Persona dolls will also be an important tool used in the project. The Gradinita Rasarit kindergarten will be the pilot of the project – but we expect to reach at least 25 kindergartens and 100 teachers during the course of this two year project. At the end, the project will produce a manual and online materials which will be available publicly. 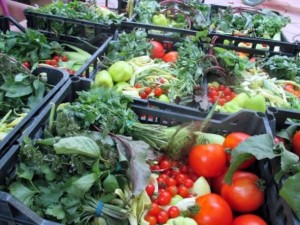 5 tons of vegetables to an average of 31 enrolled consumers. The project received a grant in order to install a modern drip irrigation system as well as a prize for excellence in business plans for sustainable social enterprises, which was used to build an additional greenhouse. The farm now has 700 square meters of greenhouses and an irrigation system. We also hosted a Permaculture Design Course in March 2013. The farm was featured on the cover of one of the main Romanian newspapers in July. One of the objectives of the farm, besides offering organic food directly to a consumer group is also to provide work experience to the young people leaving the Familia AMURTEL children’s home. Six youth were involved in the project last year, and it created 2 jobs in the local community. The farm is now busy gathering its consumer group for a third season. 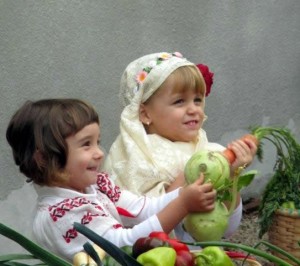 The “Gradinita Rasarit” kindergarten in Bucharest is flourishing – with a steady stream of parents now lining up in the waiting list to join the program. Many are attracted to the attention given to the menu and are delighted with the fact that not only is it vegetarian, but that we also supply the kindergarten with organic vegetables from our own farm during the growing season. We have been able to maintain a maximum capacity all school year.

Over the summer, we decided to transform the smaller kindergarten in the north of the city into a holistic course center – so the remaining kindergarten benefitted from having all of our most experienced Neohumanist education teachers in one place. The team is united, experienced and performing very well together
.
The annual staff training took place in the August together with our EVS volunteers and included a sessions on “Vistara, Rasa, Seva”, Kamishibai story telling, Permaculture for children, Anti-Bias curriculum and sharing of resources from the International Neohumanist Educators Conference in Sweden, which Didi and Magda, our educational director, attended together. 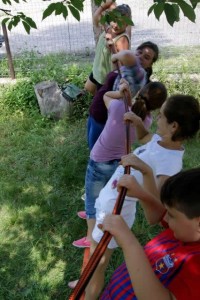 The Fountain of Hope, after school center, at last achieved accreditation as a social service, a major landmark which took several years to realize. This is the first step in being able to be eligible for a state subsidy. The project struggled financially in the past year, depending exclusively on sponsors as the local government was unable to continue funding their share of the expenses. However, the involvement of the EVS volunteers greatly enriched the program, as well as the involvement of two very creative local volunteers, Valentin and Anca who recently traveled to Holland to participate in the ETC in Den Bosch.

European Voluntary Service – an opportunity for young Europeans (18-30 years old) AMURTEL Romania hosts EVS opportunities at our Neohumanist kindergarten and the Fountain of Hope after school center. Please contact Didi Ananda Devapriya if you would be interested to apply: