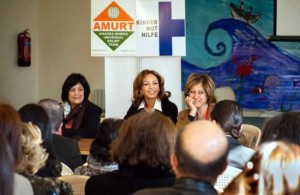 Since the beginning of the war in Syria, a continuous number of Syrian refugees have been fleeing to Lebanon, which is located on its Northern and Eastern boarders. The number of families which enter our area may reach more than 200 families per month.

The NHE Center, Smart Academy, and AMURT are located in Baqaata Village in upper Chouf, and we have been conducting educational programs for some time. Chouf is located along the Mediterranean Coast in the Mount Lebanon district, south of Beirut. Its mountain ranges reach an altitude of 1880 meters in Niha village. In June 2013, AMURT started the “back to school” project. The main goal was to put as many Syrian children into schools as possible. The target number was 400 students distributed among 13 official schools in the targeted area, and succeeded in getting grants for enrolling 600 students. One of our targets was teachers’ trainings to help the teachers with the new challenges they would face because of the sudden increase in the number of students and because of the variety of academic level and backgrounds. 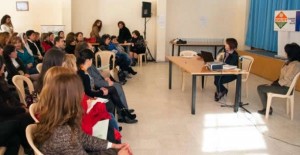 Recently we held a series of teachers’ workshops with 60 teachers, introducing them to ways of handling different psycho-social scenarios teachers may face with their refugee students. In the first workshop, we introduced Neohumanist philosophy and its educational principles and approach. This was followed by two workshops by Didi Anandarama. The first was on building a community in the classroom. The teachers learned psychic-social activities that help foster community in the classroom. The second one was on assessing the difficulties in the schools and classrooms and creating a congenial learning environment for integrating new groups in a harmonious way. 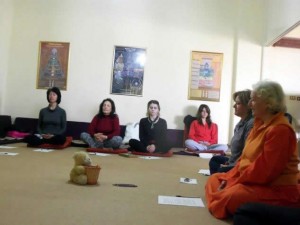 Didi’s observation after hearing the teachers’ feedback follows: “I have found the teachers open and receptive to the practical workshop. They contributed in a lively manner to the discussion and had a clear idea of how the material presented could be put to good use in their classrooms. They eagerly and in full number attended the second workshop and have expressed interest to be informed about future workshops. They found the material new and inspiring.

We continued with other workshops about Non-Violent Education. More teachers are joining our workshops, and consistently expressing the desire to attend all our educational trainings and activities, as they find everything presented is new and of deep need.

Now Chouf area and the educational field in Lebanon is a fertile field for the implementation of Neohumanist Educational philosophy, principles, strategy and methodology, which Lebanese society is in deep need of. As Chouf is combined now of a mixture of Lebanese, Syrian, Palestinian and Iraqi populations, Neohumanist Education is especially relevant for building a positive, harmonized community for the future. 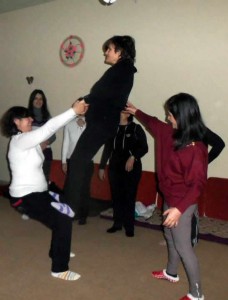 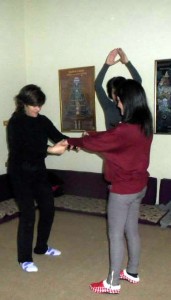