Report of the first International Neohumanist Education Conference in Brazil 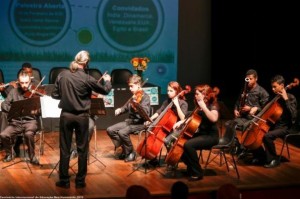 The goal was to share the experiences and initiatives that already exist, as well as to learn techniques that are being applied in other parts of the world. 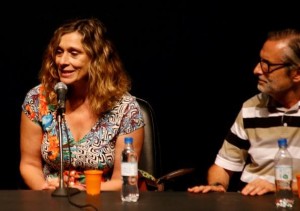 present. The local television station channel filmed a 6-minute video report that was broadcast on the evening news. 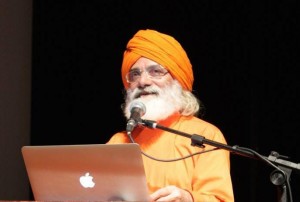 Councilwoman Sofia Cavedon spoke on behalf of the municipal government, alongside Luiz Alberto Mincarone, the president of AMURT-AMURTEL and the main supporter of the conference.

The first keynote speech was given by Dada Shambushivananda, Chancellor of the Ananda Marga Gurukula International Network, who gave an introduction about Neohumanist Education and its main fundamental principles. 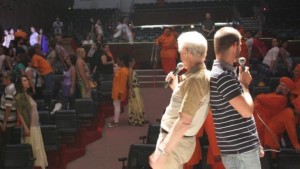 Ole Brekke, founder and director of the Commedia School in Copenhagen, Denmark, inspired all of the participants with creative, heartwarming movements.

Dada Maheshvarananda, monk and social activist, author of the well-known book After Capitalism: Economic Democracy in Action, gave a talk about the transformative and revolutionary role of education. 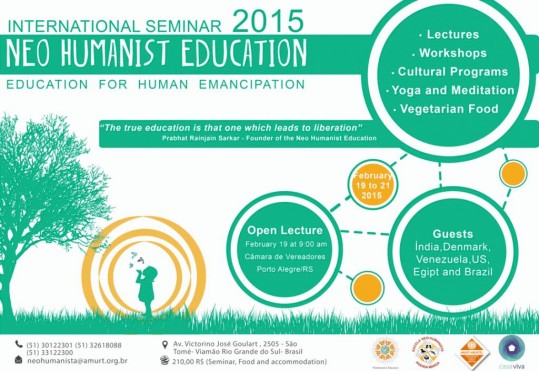 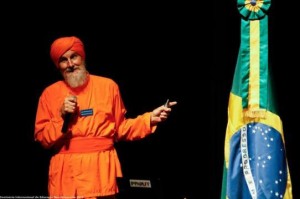 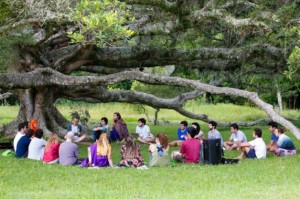 At midday, two buses brought everyone to the lovely Master Unit in nearby Viamão. Throughout the three-day program, a delicious, healthy and varied menu was served to all of the participants, showing just how diverse lacto-vegetarian cuisine can be. 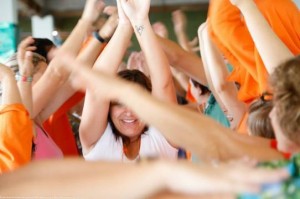 In the afternoon, Neohumanist Educators from all over Brazil, as well as Paraguay, Peru, Uruguay and Argentina shared exciting stories about their experiences. The 60 teachers and 70 social workers employed by AMURT-AMURTEL in the Neohumanist Education schools and service projects in Porto Alegre attended.

On the morning of the second day, Dada Shambushivananda deeply explored the concept of Neohumanist Education and the importance of the educator as a leader. He gave a compelling account of many Neohumanist projects all over the world.

In the afternoon Ole Brekke from Denmark inspired the participants with a creative artistic experience, combining the worlds of adventure, imagination and fantasy into a unique and significant experience. (see next article)

“Education to Change the World” was the workshop by Dada Maheshvarananda on the third day. He described the contradictions of the current capitalist system, and talked about education as a means to resist injustice and transform society. He also led amazing cooperative games so the participants could experience first-hand the values of Neohumanism. 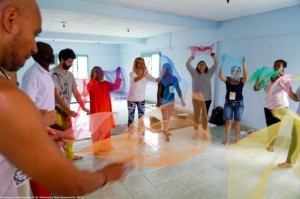 Simultaneous mini-classes were offered in the afternoon: Musical Creativity in Education with the Gandharvas group, training Neohumanist Educators with Tatjana Popov, Political Pedagogy and Legal Aspects (Sudama e Lucilene), Sensorial Integration Theory with Girija, Childhood Memories in Teacher Training with Anisha, and finally, the Joy of Movement with Ole Brekke.

Every evening there were cultural presentations from different regions of Brazil. Both the traditional Gaucho dancers from Rio Grande do Sul and the Carimbó dancers from North Brazil inspired the audience to get up and dance with their native rhythms. There was also contemporary dance, a theater play by educators from São Paulo, mantras with the Gandharvas group, and circular dancing.

In the closing ceremony many participants expressed profound gratitude and happiness. The Neohumanist Education Conference gave everyone the opportunity to reflect deeply about the revolutionary and loving role of education. A seed has been sown in our minds and hearts.

In the words of the founder of Neohumanist Education, Shrii Prabhat Ranjan Sarkar: “Educated are those who have learnt much, remembered much and made use of their learning in practical life.” 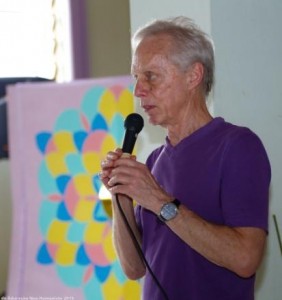 The Joy of Fantasy

Vishva Shanti Ole Brekke gave a workshop on The Joy of Fantasy as a release into creativity. The workshop began with an exercise to encourage spontaneously leading and following and to get everyone moving physically. It is common for most people to accept a following role and avoid taking leadership. Here is a description of this exercise:

You need a thin stick almost a meter long for every two people in your group. Bamboo works nicely, or any other mostly straight stick, or a wooden dowel, or any other light material. Place one end of the stick against your open palm, and the other end against the palm of your partner. You cannot use your fingers to hold the stick, you have to maintain slight pressure on the stick against your partner to keep it in place. Then as you begin to move with your partner you will notice in order to keep the stick from falling as you move, one person will be leading and the other following. We call this playing “major” and “minor.” The major and minor players will change spontaneously. Grand extensions of the body are encouraged as well as using of the floor or ground. Background music is great for this. An important aspect of this play is that participants must cooperatively accept the role of major and minor and make the spontaneous changes from one to the other without speaking.

Then after a few further exercises to shift the minds onto a different level, the level of Fantasy, the participants were given the task of preparing a presentation of a gardening phenomena of plants protecting other plants against the invasion of damaging insects, The Marigolds, The Insects, and The Tomatoes.

The group was made up of preschool teachers and those working with teenagers or adults. The task was to clearly describe this phenomena in two different ways for preschool children and for the older children. When designing such an exercise, to ensure success, it is vital to clearly define the constraints. In groups of 5-6 people, the constraints were:

For the preschool teachers, the text or their presentation must be in rhythmic rhyming couplets. The people doing it must only play/act as Marigolds, Insects, or Tomatoes. The presentation must show the interaction between these.

For those working with teenagers or adults, the text must be done in “rap” style and the presenters must play people involved in the phenomena, for example, the gardener, the pesticide sales person or the neighbour.

Writing a text in these styles was something new to nearly all of the participants but quickly each group was enthusiastically engaged. The result was about 15 wonderful, surprising, witty and creative presentations.

The groups working with preschool age children realized that they could easily write texts for their children to memorize and rhyming couplets are easy for children to remember. Those working with teenagers and adults were encouraged to set a similar task for their groups.