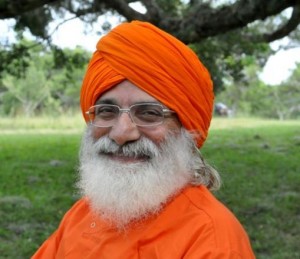 Time and again, great prophets and sages have come on this earth with a universal message, and mortal humans have polluted that universal teaching with their ego-centered tinge and relegated the message to a mere sectarian call. Human beings tend to be obsessed with lust for power and the élan vital of universal spirit gets clouded by the use of moral and spiritual authority for narrow ends. Still today, the world is steeped in disparities, diseased bodies, misuse of precious treasures of the earth, underutilization of human potentials for greater welfare and we are still far from being connected with the blissful realm of divine consciousness that pervades the entire creation and gives it the power to exist, evolve and reach its fullest manifestation.

Today, we stand at the cross roads. On the one hand lie narrow sentiments protecting the interests of the ‘few’ and on the other hand, lie the hidden aspirations of the multitudes to create a pathway that will be firmly imbued with universalism, discipline, harmony and magnanimity. Ananda Marga Gurukula has consciously chosen the latter path. We wish that all moral and spiritual aspirants imbued with divine love may join together to build an ideological institution that is rooted in the cosmic spirit and uphold the flaming torch of “one indivisible human society”.

The global neohumanist network sets aside all flimsy differences among all people working to create a universal human society. On the 25th anniversary of the founding of AMGK, we reaffirm our essential purpose: to serve humanity with neohumanist spirit and to acquire knowledge for that purpose. In this endeavour, we are forging alliances with one and all who are inspired with this vision and who are tuned to the vision of its founder Shrii P. R. Sarkar, who devoted his entire life to the formation of a blissful universal family (Ananda Parivar) on this earth.

On this auspicious moment, we have announced several steps forward: