The growth of a plant shoot or bud is not a continual process of enlargement, but is actually rhythmic: a series of expansions interspersed with contractions of a smaller proportion. 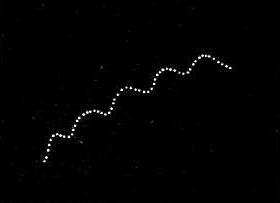 Figure 1: Bose’s growth record of a plant shoot.
In 1921, Indian botanist Jagadish Chandra Bose published a paper in Nature reporting his invention of a device called a crescograph which subjected plant growth to a succession of two 100x magnifications. By means of this 10,000x magnification Bose discovered a systaltic growth pattern, like an ascending wave, whereby the plant would experience a spurt of growth followed by a contraction of about a quarter the size of the growth newly-gained. Figure 1 shows Bose’s crescographic record of the magnified growth of a desmodium plant in which each dot indicates a one second interval, the sum total of dots representing just over a minute’s growth. Conducting the experiment in a controlled setting for such a short period of time enabled Bose to eliminate the possible effects of changes in temperature, light, or humidity from his consideration.

Meanwhile over in the United States, in 1921, botanist D.T. MacDougal reported a similar fluctuating pattern of growth which had been detected by using a dendrograph to encircle the trunk of a tree and continuously monitor its diameter. The trunk diameters of the various species measured would reach a maximum soon after sunrise, then decrease to reach a minimum soon after noon. Yet whereas Jagadish Bose’s crescograph recorded five cycles within the space of a minute, MacDougal‘s dendrograph revealed just the one cycle per day.

MacDougal further detected that the distance between the last two nodes at the end of the twig of a pine tree would lengthen then contract, in tune with the diurnal rhythm of the changing diameter of the trunk. (Figure 2)
He subsequently reported a similar correlation between the fluctuating size of a growing walnut and the diurnal rhythm of various walnut tree trunks.

Figure 2: MacDougal’s record of the growth and shrinkage of the
terminal internode of a young pine tree
MacDougal attributed these diurnal variations to the internal process of hydration, and transpiration. However, in a three month continuous dendrographic monitoring of a maple tree conducted by Harold Saxton Burr during the particularly dry summer of 1944, the same diurnal trunk rhythm persisted in spite of the drought conditions. Recent research conducted by Ernst Zurcher et al in 1998 and corroborated by Peter Barlow et al in 2010 has identified a lunar tidal influence within the rhythm.

I recently joined the Vortex of Life group who, as a result of many years’ dedicated research, has accumulated statistically significant evidence that the growth patterns of buds of different species of trees are influenced by specific planets. To be more precise, the growth pattern of a particular bud has peaks and troughs in accordance with a specific planet being in alignment with the Moon and the Earth. Research entails the daily photography of buds during their “dormant” period. Day-to-day comparisons have revealed that the dilation of a terminal bud prior to forming a leaf is interspersed with contractions of a systaltic nature. Terminal buds pulsate both in length and in breadth, one day swelling, the next day shrinking, the sum total of the tension and relaxation being a bidiurnal increment of growth and curvature.

My own daily photographic documentation of the growth of blackcurrant and jostaberry buds identified this trend (Figure 3). Unfortunately, minor differences in the distance between bud and camera lens have caused some variation in the size of the digital images which has complicated the comparison of measurements. I am currently photographing the late-developing bud of an ash sapling in order to hone the technique and precision in preparation for documenting the entirety of the dormant period this coming winter. 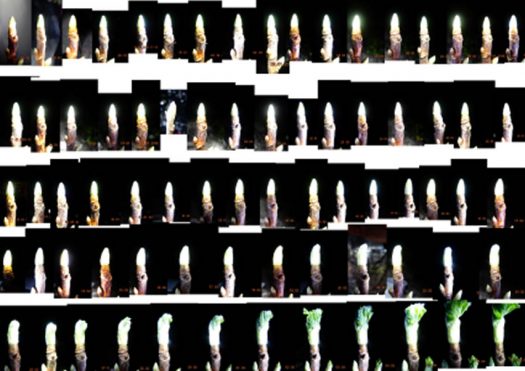 Figure 3: Day-to-day photographic documentation of the growth of a jostaberry bud

Why has this systaltic rhythm of growth not gained wider attention? I don’t recall it ever being mentioned in biology lessons at school. This is probably because botanists do not have a satisfactory explanation. Data which defies conventional understanding has a tendency to get shelved. And even Bose was preoccupied using his crescograph to reveal the effect of light, water, temperature, gravity, and various chemicals and gases on plants, rather than concentrating on identifying and exploring the source of the natural pulsation.

Could these cycles within cycles be attributable to the interplay of the three gunas? The concept of the three gunas dates back several thousand years in vedic literature, and is mentioned in classical texts such as the Bhagavad Gita. The term guna literally means the ‘strand’ of a rope, in the context of the three gunas having been woven together to create our manifested universe.

The periodic swelling and shrinkage of the terminal buds and the walnut could be interpreted as the alternation between the centrifugal force and the centripetal force. If we envisage a centrifugal force transforming into a centripetal force, then the transition should take the form of a wave. This wave model complies with Ananda Sutram, in which Shrii Shrii Anandamurti describes the three gunas thus: “transformations of Sattva into Rajah, Rajah into Tamah, then again of Tamah into Rajah and Rajah into Sattva have been going on back and forth endlessly.”

Elsewhere Shrii Shrii Anandamurti comments: “In every matter of the world, there is incessant struggle going on between Rajahgun’a and Tamahgun’a. So long as Rajahgun’a prevails, there is the graceful lustre of Sattvagun’a. Look at a bud. So long as it is blossoming, you will find that it is gradually blooming and the victory of Rajahgun’a in the struggle with Tamahgun’a is manifested in the graceful lustre of Sattvagun’a. But when the force of Rajahgun’a is spent up, then Tamahgun’a predominates every moment. The flower gradually withers and fades, the glow of Sattva wanes and eventually, the all-devouring hunger of Tamahgun’a transforms it into a state of crudeness — that is to say, it dies. In transformation from a sprout to a blade and from a blade to a leaf and then to autumn defoliation, from infancy into youth and from youth declining to old age — the struggle between Rajahgun’a and Tamahguna is queerly manifested.”

If the pulsatory natural rhythm in plant growth described by Jagadish Chandra Bose as ‘the wavelets of a rising tide’ has a similar root cause as the systaltic rhythm that was detected by D.T. MacDougal in growing tree trunks, internodes, and walnuts, then the respective evidence could be interpretable in guna terms, with Rajah playing the transformational role.

Logically, there are three stages to the research: firstly, validating that the specified growth rhythms actually exist; secondly, investigating whether they are ubiquitous to the growth of all life forms; and thirdly, whether or not they can be related to the gunas. We have made some progress in the first stage, we have initially explored the second stage, and this article reflects how our hypotheses are developing for the third stage.

The author is developing a forest garden project nearby the Irish Master Unit and can be contacted at brigunath@yahoo.ie 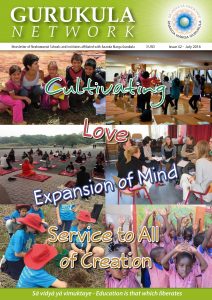 4 – Announcements: NERI India Conference and GANE
5 – The Status of Inanimation in the Philosophy of Neohumanism - By Shrii P.R. Sarkar
5 – Centenary Celebration of Shrii Prabhat Rainjan Sarkar

Courses in Naturopathy and Yoga Psychology

28 – Fun with Japa and Kiirtan - by MahaJyoti Glassman
30 – Including All Families - by Didi Ananda Devapriya
31 – Yama and Niyama Fairies - Sol Nasciente, Brazil
32 – Identity and Masks at Casa Ilori, Costa Rica - by the ILORI World Team