The Status of Inanimation in the Philosophy of Neohumanism 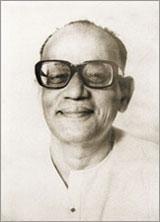 Neohumanism includes within its scope not only human beings and animate creatures, such as plants and animals, but all inanimate entities as well, for the scope of Neohumanism extends down to the smallest particles of sub-atomic matter.

What is Neohumanism? Neohumanism is newly-explained humanism. ‘Humanism’ and ‘humanity’ have been very popular words for the last century, but only human beings have come within the scope of humanism and humanity. This explanation [of the concept] is not sufficient – it cannot quench the thirst of the developing human society. Why should the love and affection of developed human minds be restricted to human beings only? Why should it not include all living beings, including plant life? This is the new explanation of humanism – Neohumanism – for within Neohumanism the entire animate world is included.

Even within inanimate objects as minute as the atom and smaller particles, there are still smaller particles that maintain their structural unity and struggle against their internal and external fissiparous tendencies. If the scope of Neohumanism is extended in this way from an extensive scope to an intensive scope, then we should go deeper into matter – not only into composite structures of animation and inanimation, but within the subtlest and smallest assembling structuresi. And within the smallest assembling structures, where the point is nadir, the assembling body is the perfect status. But that perfect status can be reached only theoretically, never in the realm of practicality.

So in Neohumanism our movement, our progress, must be not only be extensive – that is, bringing within its scope the whole world of animation; it should also be intensive, a never-ending movement from the imperfect world of humanism to the perfect world of the unit assembling body, to the original primordial phase of perfection.

And that golden day is sure to come when that perfect stage of structure, that is, unit existence in the intra-atomic world, will be reached, when human intuition will realize that the essence in the sub-atomic world is pure Consciousness.

31 May 1983, Anandanagar,
Published in: Neohumanism in a Nutshell Part 1

AMGK is sponsoring this celebration of Shrii P.R. Sarkar’s legacy of knowledge, inspiration and mission of social welfare and universal love. We invite one and all to bring forward creative ideas and five year project and research actions plans, for a befitting celebration of this great personality.