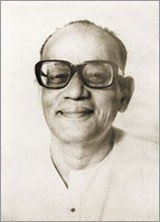 Economic life. In economic life there is extreme inequality and exploitation. Although colonialism no longer exists openly in the political and economic spheres, it persists indirectly, and this should not be tolerated. The Renaissance movement will have to do something in this respect. You should remember that in economic life, we will have to guarantee the minimum requirements to one and all. There cannot be any second thought, there cannot be any sort of adjustment as far as this point is concerned. The minimum purchasing requirement must be guaranteed to all. Today these fundamental essentialities are not being guaranteed. Rather, people are being guided by deceptive economic ideas like outdated Marxism, which has proved ineffective in practical life, and has not been successfully implemented in any corner of the world. Why do people still believe in such a theory, which has never been proved successful? The time has come for people to make a proper assessment whether they are being misguided or not.

Then there is the progress in the pure psychic level. In the pure psychic level, defective thoughts prevail in human society, and as a result, an individual or a group of people often try to suppress or oppress others. Due to this type of defective psychology, a vast section of the populace suffers from psychic depression. The Renaissance movement will have to be active against this sort of exploitation, and it will have to save human society from the clutches of these defective philosophies. These ailments should be removed and dispelled from the minds of human beings.
There may be another disease, another psychic ailment, and that is in the psycho-spiritual stratum. In the psycho-spiritual stratum, the movement is a pinnacled one; that is, all ideas coincide in a particular point, and that point moves towards the Supreme Entity. But the movement is certainly a synthetic one, not analytic. However, if the movement is extroversial, the path naturally becomes an analytic one, and that is dangerous. In the name of psycho-spiritual approach, in the false name of religion, disparities are created in the human society, differences are created between human beings. In the name of religion so many sanguinary battles were fought in the past, and even now people belonging to one religious group cannot rely on other groups, or pay credence to other groups. Thus one should remember that only the pinnacled Entity, the apexed Entity is our Saviour – the only goal of our life. This is the panacea for all psychic ailments.

1 Renaissance in All the Strata of Life, January 2, 1986, Calcutta; Electronic Edition of the Works of P.R. Sarkar, version 7; Published in A Few Problems Solved Part 7