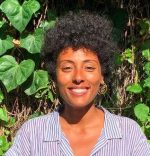 It’s become increasingly clear in recent years that “water is life,” as we’ve heard water protectors say. While some places witness their crops wither and die from lack of water, others are literally drowning due to floods. Deforestation, overconsumption of water by the agricultural and meat industries, centralization of water storage, unethical management of water sources, and more, all contribute to the uneven distribution of water.

Founder of neohumanism Shrii P.R. Sarkar said in his book Ideal Farming Part 2: “In the near future there will be a severe [water] crisis in many parts of the world … The only solution is to rely on rainwater. We must collect the rainwater, develop the science of making artificial rain through helium or any other process, and bring the clouds that rain over the ocean onto the land. Constructing more deep tube wells is not the answer. Rather, we must catch the rainwater where it falls. Many ponds, canals, dams, lakes and reservoirs should be immediately constructed to catch the rainwater and store it for drinking water. This is the only way out of the water crisis that will confront humanity in the very near future.”

Sarkar is not the only one focused on treating water as the precious resource it is. He is joined by several young activists including Amariyanna “Mari” Copeny, also known as “Little Miss Flint.” The 14-year-old first rose to fame when her letter to then President Obama prompted him to visit Flint, Mich. to investigate the water crisis there.

In 2014, the water for Flint became contaminated with lead and possibly Legionella bacteria when the city changed its water source from treated Detroit Water and Sewerage Department water to the Flint River in response to a budget crisis. Residents complained about the taste, smell, and appearance; officials neglected to apply corrosion inhibitors to the water and this in turn resulted in aging pipes leaching lead into the water supply, exposing around 100,000 residents to elevated lead levels.

When she was 8, Copeny wrote to Obama and said, “I am one of the children that is effected [sic] by this water, and I’ve been doing my best to march in protest and to speak out for all the kids that live here in Flint. I know this is probably an odd request but I would love for a chance to meet you or your wife. My mom said chances are you will be too busy with more important things, but there is a lot of people coming on these buses and even just a meeting from you or your wife would really lift people’s spirits.”
Obama did visit Flint and declared a state of emergency, but despite his visit, seven months later Copeny reported, “Nothing’s changed because the water’s been making my skin itchy. You can’t drink it, too.” Copeny kept talking about water and in 2017, she became a youth ambassador to the Women’s March in Washington and the Climate March where she gave a speech.

Things did change eventually for Flint residents in 2019 when the city switched its water supply, but during that period Copeny and her family (plus others like her) had to rely on bottled water. Due to her prominence, Copeny raised more than $250,000 and has given away over a million bottles of bottled water. However, bottled water has its own shortcomings and Copeny partnered with Hydroviv to donate water filters to low-income families. She raised more than $400,000 to produce the filters, which Hydroviv is doing so at a break-even cost.

When she grows up, she plans to run for president in 2044, according to her website.

Another water protector of note is Autumn Peltier. Peltier is Anishinaabe-kwe and a member of Wiikwemkoong First Nation in Northern Ontario, Canada. In 2016 when Peltier was only 12 years old, she was chosen to speak at the Assembly of First Nations’ annual winter meeting where Canadian Prime Minister Justin Trudeau was in attendance. This followed Trudeau’s decision to move forward with the Kinder Morgan pipeline that directly compromised the water source of the First Nation Peoples. Adorned in a traditional Anishinaabe water dress, Peltier delivered a powerful speech directly to Trudeau where she expressed being “very unhappy with the choices [Trudeau] made.” Her frank speech garnered international attention and catapulted her to recognition on a global stage as an advocate for water protection, especially as it related to Canada’s indigenous communities.

The year following her powerful speech in Ontario, Peltier spoke at the UN addressing world leaders about the water insecurity faced by the First Nations Peoples. First, she talks about her people’s spiritual connection with water that has been passed down from generations through oral traditions and ceremony. She explains, “We are born of water and live in water for nine months. When the water breaks, new life comes.” This deep communion with water is what drives Peltier in her advocacy work as well as the belief that “everyone deserves clean drinking water” stating “it’s a basic human right.”

In the years following her speeches, Peltier has continued on in her mission to protect water and shows no signs of slowing down. She is now a three-time nominee for the International Children’s Peace Prize award and in 2019, Peltier became the chief water commissioner for Anishinabek Nation. In the future, Peltier wants to become a politician in order to continue amplifying her voice on behalf of the First Nations communities and speak on the global water crisis.

For those looking for opportunities to support water justice efforts today, there is currently a movement to stop construction of the Enbridge Line 3 Pipeline that would pump millions of barrels of tar sands a day from Alberta, Canada to Superior, Wisc. The pipeline would tunnel under 20 rivers, including the highly utilized Mississippi River in the U.S., and threaten the drinking water of millions of Americans. To combat the construction, water protectors have spread themselves out across the entirety of the construction site and employed a variety of tactics to halt construction including locking themselves to excavators and drills and conducting tree-sits. Of the 300-mile stretch of scattered encampments, one of prominence resides in Minnesota known as Namewag Camp.

Namewag Camp was founded in 2018 by the Giniw Collective in 2018 and is led by Indigenous women and two-spirit people, most notably, Giniw Collective founder Tara Houska who is a citizen of the Couchin First Nations people of Ontario, Canada. Since 2018, Namewag Camp has been a home of resistance where over 1,000 people have come to learn and implement practices of non-violent direct action, mutual aid, and various Indigenous traditions. With the goal of not only stopping the pipeline but living a “life in balance,” Houska shared, “I think we’re trying to create a balance, a place that is more reflective of balance, and deep values that are very much needed in the climate movement and also just generally in the world.”

Although the efforts being made at Namewag Camp are vital to the movement, there are ways those not at the camp can learn more and support water protectors.

Other ideas to consider are the following:

These days it’s all too easy to believe small actions amount to nothing, that it doesn’t matter if you eat a plant-based diet or plant trees. But it does. If you think you’re too young, too old, too powerless to affect any real change, keep in mind the quote from the Dalai Lama who said, “If you think you are too small to make a difference, try sleeping with a mosquito.” May we all be mosquitos (in a good way)

Water was an essential factor in the evolution of the planet, and now it is most essential for the survival of human beings, animals, plants and the planet as a whole. If it does not rain anywhere on earth for only one year, all life on the planet will be destroyed. This is because all creatures – from the smallest organisms to the largest animals – need water. If there is no water, first the small creatures will die, then the ecological balance of the planet will be lost. Next, human beings will also die, and soon the earth will become a barren wasteland…

…The inner spirit of our water conservation programme is that the amount of existing surface water should be immediately doubled. But it is preferable if it is increased tenfold. This can best be done by a decentralized approach to water management which increases the depth, the area, or both, of water storage systems. The first step is to increase the depth of those ponds, tanks, dams, lakes, rivers and reservoirs which are already being used for storing water. The second step is to increase the area of these storage facilities, while the third step is to increase the plantations around them. How can these plantations be increased by a factor of ten? By increasing the number of rows of plants around each water storage system five times, and by reducing the distance between each plant by half. In addition to this, many new small-scale ponds, tanks, dams, lakes and reservoirs should also be constructed. As a general rule, surface water should always be utilized in preference to subterranean water… 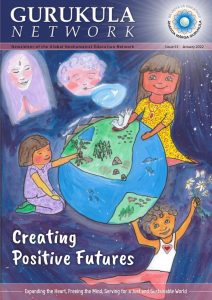 4 – Excerpts from The Practice of Art and Literature – by Shrii Prabhat Rainjan Sarkar
5 – Joining Together to Create a Brighter Future – by Ac. Shambhúshivánanda Avadhuta, Kulapati
6 – Growing Gurukula for Positive Futures – Report by Kalyanii KL Chew on a Foresight Planning
Workshop conducted by Sohail Inayatullah for the Gurukula Team