Home
Issue 54 – July 2022
World Government, World Militia and A New Kind of Leadership from the Perspective of Shrii P.R. Sarkar

World Government, World Militia and A New Kind of Leadership from the Perspective of Shrii P.R. Sarkar 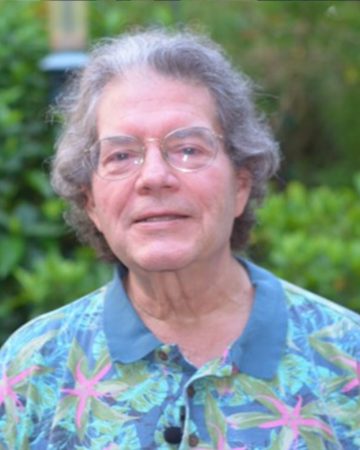 Shrii P.R. Sarkar, founder of Gurukul, propounded the philosophy of Neohumanism, which extended the spirit of humanism to all animate and inanimate objects.   It elevated humanism to universalism, the cult of love for all created beings in this universe.[i] He advocated the creation of a world government to materialize universalism.[ii] This world government would be based on a world constitution which incorporated a Charter of Principles (sometimes called a Neo-Magna Carta) to provide a variety of rights to living beings. This included a right to guaranteed purchasing power sufficient to procure the minimum necessities of life including food, clothing, shelter, education, and medical care.[iii]

Shrii Sarkar called for the maintenance of one world militia to maintain peace and tranquility in inter-country and intra-country conflicts. This militia would be under the full control of the world government.[iv] He believed that over time its size could be reduced but that it would never go away completely.[v] When asked about the benefits of a world government and militia, he said,

There are several benefits and advantages.

1.      The huge expense of maintaining a militia in each country will be saved and this saving can be used by people for their benefit.

2.      Human beings will be saved from psychic tension.

4.      There will be free movement of people from one corner of the globe to the other.[vi]

To underscore Sarkar’s comments, in the 21st century alone almost 1,000,000 people have died in wars.[vii]  The current total global military spending is about $2 trillion US.[viii] In the current war in Ukraine, the stress, tension and pain is easily observed on the faces of those affected.

The establishment of a world government and subsequently a world militia would present a big challenge. Sarkar recognized that popular skepticism and differing national interests would present problems to such work, however, he thought that the greatest obstacle would come from the apprehensiveness of local leaders, who would be afraid to lose the leadership and domination they currently exercised in their countries.[ix]

To spearhead the effort to create a world government, he envisioned a new kind of leader, one he called a sadvipra (true intellectual).[xi] Such leaders would be physically fit, mentally developed, spiritually elevated, and strictly follow principles of morality.[xii] They would be recognized by their exemplary conduct, selfless service, and moral integrity.[xiii] They would serve all people selflessly and work for the all-round advancement of all living beings.[xiv] These leaders would be strikingly different than the ego-oriented politicians of today. In addition to leading the effort to create a world government, these sadvipras would also serve in the new government. Their integrity would help make sure it stayed focused on helping humanity and other living beings. At the same time, Sarkar said that if a sadvipra or other government official fails to carry out their work in a proper manner, they could be removed and replaced.[xv]

A fundamental restructuring will be required to ensure a global society that can prevent wars, preserve the environment and other living creatures, and provide opportunities for all-round advancement of humanity. At times this can seem an impossible task. At the same time big changes can occur at times of great challenge. The existential threat of climate change is causing people, especially young ones, to rethink how things should be done and who should be in charge. Global economic inequity is causing people to confront the capitalist system in ever stronger ways.

So, what at one time may have seemed like very long-term changes—world government, world militia, and a new kind of leadership—may turn out to be not so long term at all. 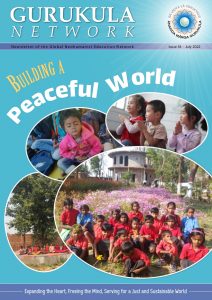