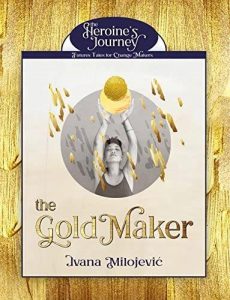 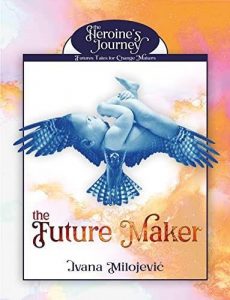 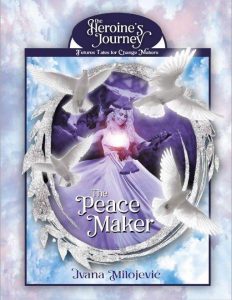 Three neohumanistic books in the series
The Heroine’s Journey: Future Tales for Change Makers of All Ages
by Ivana Milojevic
The Gold Maker, The Future Maker and The Peace Maker are new stories inspired by past tales, new realities and emerging futures. Futures Tales is also an educational initiative focused on creating alternative futures through storytelling. The primary intent of this initiative is to facilitate and strengthen the emergence of progressive and socially inclusive futures.All of us have inherited certain traditions which may or may not be in alignment with our desired futures. Some aspects of our cultural traditions are beautiful, while others are exclusionary and even promote violence. In subtle or not subtle ways, we learn that some social groups are ‘the problem’, often seen as both inferior and dangerous, or we learn that humans should dominate nature. While some old stories we use to communicate with may undoubtedly have a high artistic value, sometimes they convey messages that limit our life experiences or those of others. They may be in contradiction to who we want to be, how we want to act, and where we wish to go.Some powerful yet outdated past narratives can be in contradiction to our preferred presents and futures. Gender and cultural stereotypes in traditional folk tales are a case in point. Violent conflict resolution is another, and even girls and women’s empowerment is in some contemporary revisions imagined to be impossible without ’embracing of the sword’. Fortunately, there are generations of thinkers and activists focused on progressive social and individual change who go beyond such limited imaginings.Inspired by the work of progressive thinkers and educators, Futures Tales are an example of constructive storytelling as an educational practice focused on bringing about transformational change — a shift in worldviews. The heroine’s journey series aims to foster peace and partnership-oriented individual and social narratives through the process of alternative story writing and revision of traditional tales. This is done through deconstructing master narratives, understanding deep cultures and transforming the underlying myths that shape our identities.

We hope the tales and the larger project will appeal to all change makers who desire to change themselves and the world.

You can read more about the series and the individual stories here:
https://tales.metafuture.org/

Can be purchased here:
https://tales.metafuture.org/shop/
Amazon or other bookstores provide print copies. 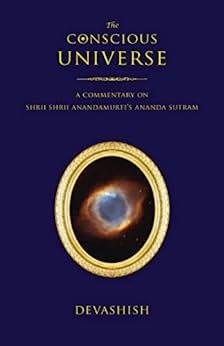 The Conscious Universe by Devashish Donald Acosta (pen name: Devashish) analyzes and explains the Tantric cosmology presented in Ánanda Sútram written by Shrii Shrii Ánandamúrti. Each sutra, or aphorism, is a condensed concept in Sanskrit that is interpreted word by word and translated as a whole. That is followed by a “commentary” which interprets the meaning and significance of the sutra. Extensive references are included from Ánandamúrti’s other works. This referencing, on its own, is a treasure for scholars and others examining Ánandamúrti’s works. Additional references are present for aspects of modern scientific and psychological theories related to the ideas being discussed. The vastness of the topics discussed are a testament to Devashish’s extensive scholarship and penetrating thought. It should be noted that references for scientific details are primarily secondary sources, not the original research, but that should make them more accessible for most readers. A few examples representing the five chapters will help provide a sense of the richness that this book contains.

In sutra I.20, after having explained the development of citta (objectivated representation of mental activity, the forms generated by mental activity) and aham (subjective and analytic portion of mind that directs activity, ego), Devashish takes on explaining the third, subtlest chamber of the mind (mahat-responsible for self-awareness, the pure feeling of existence), and its relationship to different animal and even plant organisms, as suggested in the sutra. He proposes what would be needed to consider some measure of mahat to be present and distinguishes the complexity of mahat in higher mammals all the way down to insects. His explanation of mahat in plants includes evidence that comparatively recently evolved hardwood forest trees, appearing about 50 million years after the first mammals (based on the fossil record), have primitive self-awareness. These are challenging ideas, but supported by scientific evidence and reports in Tantric literature.

In sutra II.21, the topic of the bhútas, or realms of physical creation, are discussed. This includes the concept of ether (ákáshatattva or vyomatattva, space) which is loaded with conceptual controversy. Devashish puts this into a historical framework, ultimately integrating 21st century scientific perspectives together with the Tantric understanding that Ánandamúrti presents. In addition to explaining the physics associated with the creation of the bhútas, he analyzes the connection with sensory processes through which the bhútas may be perceived. This is not a simplistic explanation. For example, he provides an explanation of why common sound is experienced through sound waves in the air and not via the ether, relegating ethereal sound perception to subtler mental states.

In sutra III.1, Devashish analyzes Ánandamúrti’s interpretation of the kośas, contrasting that with Vedantic conceptions. Kośas are distinguished as layers of mental expression, in contrast to the functional layers discussed in chapter 1. Of particular value is the explanation of the three highest kośas, atimánasa, vijiṋánamaya and hirańyamaya which distinguishes characteristics and subtleties of these less commonly experienced layers of mind. Also provided are associations between the kośas and the tantric practices that develop and perfect them.

In chapter IV, the genesis of creation is elaborated. This chapter concludes with two sutras (7 and 8) concerning kuńd́alinii, described as a force that expresses the original unqualified Consciousness within the manifested world. This begins with highly “qualified” or limited states within the “microcosmic structure” (meaning the body of a living being) and progressing through stages (represented by the chakras) of greater expression of that Consciousness within an individual mind until merging into the Macrocosmic Mind. Ultimately, this cycle concludes by going beyond the Macrocosmic Mind to the original unqualified state (nirguńa) of the Supreme Consciousness.

Chapter V, the final chapter, applies principles of spiritual philosophy to social philosophy, which Devashish notes is a step seldom taken by spiritual teachers. For example, given the importance of valuing each human life, in sutra V.9, the recommendation for minimum requirements that adequately support the lives of every member of society is discussed. Discussed in sutra V.12 is the idea that no individual should be allowed to accumulate physical wealth without social permission, since hoarding will lead to deprivation of others. These and additional concepts challenge the conventions present in current society.

As a whole, Devashish provides an engaging and compelling interpretation of the concepts within these sutras. Beyond those specifically interested in more deeply understanding Ánandamúrti’s spiritual and social philosophy, this book provides a challenge to the manner in which everyone individually and collectively directs their lives. One need not be a follower of Ánandamúrti to find great value in this book. http://www.amazon.com 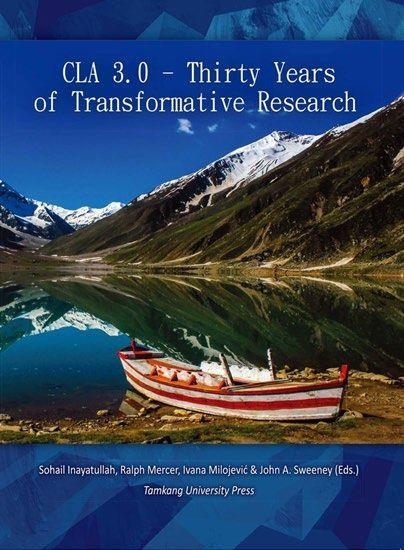 The CLA Reader was published in 2004 and covered articles on causal layered analysis from 1994-2004. CLA 2.0 followed suit in 2015 focusing on new applications in theory and methodology. CLA 3.0 celebrates the last thirty years of theory and practice; innovation and application.

In this volume, the authors investigate varied topics such as conflict, education and learning, environment and sustainability, economy and society, city, and science and technology. 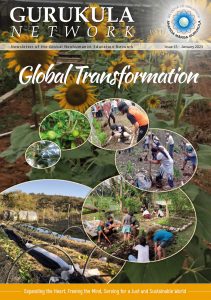