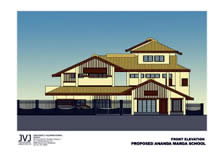 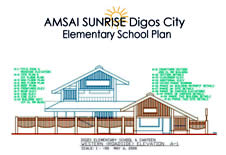 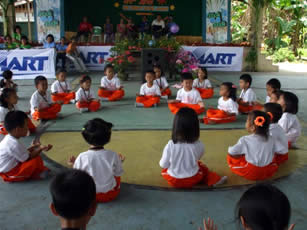 Dreams and hopes no more. It’s real now! By Grace, the first AMSAI primary school in Maharlika is happening!

Didi Ananda Supriti, had aspired for a primary school in Maharlika at Digos City, Mindanao since 1994. Unfortunately, she passed away before the project officially started. Ken Pyle, her close brother held this dream of his sister deep in his heart and never gave up. After founding the Pyle Foundation, he decided to fulfill his sister’s hope. In March, early this year, he gave a generous donation to start off the project.

The children inspired us to open this school so that they can continue to grow in wisdom and shine in the beauty of what Neohumanist Education offers. We greatly appreciate all the Didis and Dadas, teachers, parents, fund raisers and other workers who have put in tremendous effort in contributing to establish the foundation of the school. Last April, Brother Ken Pyle had a done a good job by gathering all the Didis and Dadas who attended the RDS Conference to discuss the plan for the school. Praise also goes to all the committed teachers and dedicated parents who share the vision of the school. 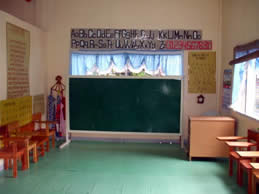 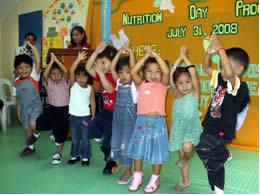 The plans have been drawn up by Brother Ken Pyle, who is an architect himself and the new school building which is 3 stories can accommodate all the current students who are studying there right now, 39 kindergarten students and 6 grade 1 students. Many thanks also go to Jean, another architect and Rahul, an engineer, who put effort into renovating the old copra barn for the kindergarten and grade 1 study.

This is a 7 phase project which will take 6 years to complete. We are now working on building a canteen and classroom for grade 2 students. We need volunteers who are interested in growing with us to make this possible and also any kind of support from you, financially and some school materials. For more information, please kindly contact amsai_sunrise

AMSAI Cabantian is also another Primary school started this school year. We have 20 Kindergarten students and 4 Grade 1 students.