Why I Love Tantra

Why I Love Tantra

Tantra is a spiritual path which inspires people to walk their spiritual talk. That’s why I love Tantra. 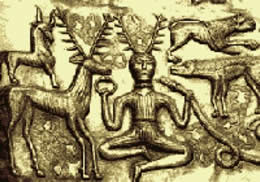 The Celtic God Cernunnus. The striking
resemblance to the Pashupati seal has
led some researchers to believe this God
is inspired by the Tantric God Shiva.

I also love Tantra because of its rich, ancient history. The prehistoric landscape of ancient India contained two separate rivers, one Vedic and one Tantric. The Vedic stream supplied the world and the Indian continent with philosophy and religious rituals, while the Tantric stream supplied yogic practices and Tantric meditation. Through the parallel flow, as well as the occasional commingling of these two rivers, the rich cultural and spiritual heritage of India became a reality.

I love Tantra, because it has not only shaped the world of yoga and Ayurvedic healing, but it has also influenced a whole tapestry of cultures and wisdom traditions throughout the world, including Buddhism, Taoism, Chinese medicine, and even Greek and Celtic culture and mythology.

In the old days, Tantra became known as Taota in China. Over time, this Chinese version of Tantra metamorphosed into Taoism. Tantra has also been linked to the Dionysus cult in Greece by eminent Indian scholar Alain Danielou, who, among others, claimed there was once a Tantra-oriented civilization that stretched from Spain to the river Ganges. 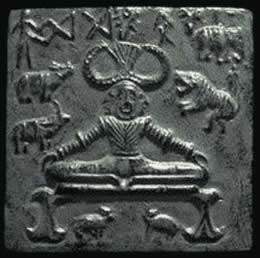 I love Tantra because it is a comprehensive body-mind-spirit tradition that includes the practice of physical yoga exercises, devotional dancing, mantra meditation and chanting, breathing exercises, visualization techniques, sacred cosmology and even alchemy and holistic medicine.

I love Tantra because it represents the true essence of Yoga, which has many names but actually is, in essence, the same tradition.

Philosophically, around 1500 BCE, Tantra was expressed by Maharishi Kapila in the form of Kapilasia Tantra, or more commonly known as Samkhya philosophy. It was in this philosophy that the concepts of Purusha (Comsic Consciousness) and Prakrti (Cosmic Energy), the two integral aspects of Brahma (God), were first formulated. Two different expressions of the One Brahma, or God, Purusha is that Cosmic Consciousness which is inherent in all things, and Prakrti is that Energy which creates all things.

Hundreds of years later, nobody knows exactly the year or century, a great Tantric Yogi named Astavakra developed a form of Tantra called Rajadhiraja Yoga, a subtle form of yoga and meditation practice in which pranayama (breathing exercises) and dharana (concentration practices) with cosmic ideation was an integral part of the program. The same Astavakra is also the author of the Astavakra Gita, a sublime treatise on Yoga as spiritual non-dualism, or Advaita. Most scholars call this form of yoga Adavita Vedanta. However, Tantric authors, including Lalan Prasad Singh, reminds us that Rajadhiraja Yoga is Tantric in nature.

Hence, I love Tantra, because it appears that the practice of Tantric Yoga is the underlying inspiration behind all the various schools of Yoga, including the most recognized of them all, namely Asthanga Yoga, formulated by Maharishi Patanjali around 200 BCE.

Inspired by Tantra, Rajadhiraja and Samkhya philosophy, Patanjali systematized the eightfold path of Asthanga Yoga (also called Raja and Kriya Yoga as well as Seshvara Samkhya) in his famous treatise the Yoga Sutras. Many names and paths of Yoga, but basically the same path of spirituality.

However, what they both have in common with Tantra is that they are based on the same eight limbed practices: (1) yama and (2) niyama (ethics), (3) asanas (physical exercises), (4) pranayama (breathing exercises), (5) pratyahara (sense withdrawal) (6) dharana (concentration), (7) dhyan (meditation) and (8) samadhi (spiritual ecstasy).

So, I love this many-named, comprehensive tradition of yoga, which is often simply referred to as Tantra Yoga.

Most Western books on this subject, however, inform us that Tantra is simply some form of esoteric sexual practice. Indeed, most of the writings on sex-tantra have been lifted straight from the pages of the Kama Sutra, a Hindu text on lovemaking, which is neither part of Tantric nor yogic literature. Not surprisingly, more and more people are searching for a more authentic and holistic experience of Tantra. This search was reflected in the article “Tantric Sex” in O: Oprah Magazine, where its 14 million readers learned that Western Tantra has been “overly sexualized.” I love Tantra because it is about finding balance in all aspects of our lives. In its essence, it is about seeing and realizing that everything we do can become a sacred, spiritual act.

As yoga writer Vimala McClure reminds us, Tantra is the “yoga of everything.”

So, while Tantra signifies the various, ancient yogic paths and their particular history, the practice of Tantra—a Sanskrit word that literally means the practice that leads to spiritual liberation—can also be loosely characterized as the universal quest for union with God in all the world’s wisdom traditions.

I love Tantra, because, Tantra simply means spiritual transformation, the path to inner liberation. Irrespective of religion, the spirit of Tantra is reflected in all genuine spiritual practice. For Tantra is not based on religious faith or belief; it is based on empirical practice.

I love Tantra, because Tantric yogis embrace both unity and duality, both wholeness and opposites. They have realized that these opposites dissolve in Brahma, in Spirit, and that the inner essence of all life and all things is bliss and love.

The Essence of Tantric Spirituality

I love Tantra because of its notion that everything is Divine. This essential realization—that every form, particle or atom of this universe has an inherent capacity to reveal the Divine. That everything is, at its core, God, that is the essence of Tantra.

I love Tantra because of its straight-forward spirituality. Tantra realizes that there is no free spiritual lunch. We must engage in a sustained spiritual effort (sadhana) in order to realize this inherent Divinity. No weekend seminar in Hawaii will give you instant enlightenment!

In order to experience sacredness in everyday life, we must practice spirituality—hatha yoga, meditation, prayer and chanting—diligently. We must walk our spiritual talk. It’s that simple.

In other words, daily spiritual practice is essential in achieving results on the path of Tantra.

I love Tantra because of its alchemical use of energy, its ability to transform desire into bliss, and violence into peace.

For the Tantric understands that all dualities, all conflicts and opposites, all forms and energies are different expressions of God that ultimately dissolve in a state of nondual unity and peace.

I love Tantra for its adherence to nondualism; its ability to see the oneness of everything. In India, both Tantrics and Vedantists are nondualists—they both believe in the Oneness of existence—however, where the Tantrics see the world as Divine, the Vedantists see it as an illusion.

It is perhaps this holistic and practical attitude—that Divinity is everywhere and that sacredness can be realized anywhere—that makes Tantra so appealing to contemporary seekers. At least that is why I really and truly love Tantra.

Ramesh Bjonnes was born in Norway and is currently co-founder and Marketing Director of the Prama Institute (www.pramainstitute.org), a holistic retreat center outside Asheville, NC. He has written extensively on tantra, yoga, culture and sustainability, and his articles have appeared in books and numerous magazines and newspapers in Europe and the US. He is currently contributing editor of New Renaissance and a columnist for Fredrikstad Blad, a Norwegian newspaper.