Home
Issue 50 – July 2020
Beyond the Corona Pandemic: Renaissance or Oblivion?

Beyond the Corona Pandemic: Renaissance or Oblivion? 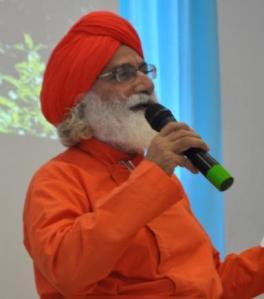 A dreaded specter is haunting the world at the moment: a COVID-19 global pandemic that has claimed the lives of hundreds of thousands and has already infected millions of people in 185 countries. The whole world has almost come to a standstill and COVID-19 has posed a challenge that is no less dire than the world wars, economic depressions, nuclear threats, tsunamis and plagues of the past. What is so special about this pandemic is that it has enveloped all people of the earth quite rapidly, affecting rich and poor, young and old, men and women, and created a lot of uncertainty about the future for everyone.

Political leaders, scientists, and researchers around the globe are busy trying to fully grasp the etiology of this pandemic and find short-term and long-term solutions to deal with its spreading, as well as to protect the lives of those who are infected or waiting to be victims. It may take many months before we fully understand how to insulate ourselves from such invisible creatures.

This unexpected visitor is bringing us some important messages:

We need a global response to global challenges. We need greater global coordination and preparedness to face such challenges, today and tomorrow. Perhaps the time is drawing near for a world government led by benevolent leaders to be formed in order to face this and other challenges that do not respect national or genetic boundaries. At the least, we need greater transparency and stronger global governance mechanisms to ensure timely response by and for all concerned. It may be the time to go beyond the ‘nation-state’ mindset and look at the entire planet and its predicaments as the collective responsibility of all humans.

This pandemic is forcing us to think of the basics: food security for all and health infrastructure for the entire global population. The global economic system, which ignores the rationality of creating economic self-sufficiency for every region, is bound to remain vulnerable in such times of crisis. The sooner we learn to establish resilience at the community level, the lesser the pain to the common people and greater the chances of human survival. Ensuring increased purchasing power to one and all is equally essential.

The progress of society is entirely dependent upon its moral development. Science and technology can be a boon or a bane depending on who uses it and for what purpose. The vast potential of digitization, use of robotics, AI, and ICT is just beginning to be recognized now. These technologies and their future development are not our enemies, but gifts of the divine to equip us to collectively respond quickly to any calamity with the greatest human ingenuity. Education is not about information any more. Online learning is becoming a norm now. Home-based work is likely to become more common. The use of machines to replace all repetitive tasks will become the order of the day. The importance of “BEING A TRUE HUMAN” will begin to be recognized too. A developed sense of ethics is as important as the intellectual faculties that make technology possible. Thus, an intellectual renaissance led by a cosmic vision is likely to emerge from the ruins of this pandemic.

We should never underestimate the power of the tiny. A small hole can leak all our vital energy. Hence, the tiny is never tiny. Those who are poor or at the bottom of the social ladder doing so-called menial tasks carry the entire weight of the social body. Their welfare is as important as the glamorous lives of the few celebrities, super-stars, or super-rich. Let humans be recognized by their spirit of service and sacrifice and not by their social status or the quantity of wealth that they accumulate by hook or crook. Human happiness does not depend on material accumulation but on spiritual transcendence.

Listen to the seers who have taught humanity to treat all as the embodiments of Divine Consciousness. Behind these viruses lies power of the microvitum, the mysterious emanation of the Cosmic Spirit. We must attune our will to the Divine Will through intuitional practices, spirit of service and adherence to ethical codes that cause the least hurt to all creatures. A compassionate lifestyle can save us from such epidemics in future also. Let humanity follow the universal instructions of the sages of the past, free from dogma of any kind.

It is also time for global reflection by global leaders. Shall we continue to tolerate a world of inequity, disparity, and institutionalized crimes against Nature? Should we not immediately undertake reforms in order to make our global and national institutions more responsive to the needs of all of earth’s inhabitants?

World War 1 led to the Creation of the League of Nations, “to promote international cooperation and to achieve peace and security.” It ceased its activities after failing to prevent the Second World War. World War 2 led to the creation of the United Nations, for “establishing peace, dignity and equality on a healthy planet,” but with a select few given veto power in the Security Council. At that time, India, for example, was not even a free country and was under British occupation. Tibetans, Hong Kong residents, Taiwanese, Pak-occupied Kashmiris, and Balochistaniis, for instance, continue to remain isolated by world bodies despite the fact that they each possess their own unique independent history.

Inequity has continued to grow for many decades all over the world, especially in the western world. The noose of capitalism and communism has become loosened no doubt but is still not allowing the birth of new alternatives like Shrii Sarkar’s PROUT (Progressive Utilization Theory), Sustainable Eco-Villages (Model Master Units), or similar alternatives, based on a new paradigm, that embody universal humanism.

Human survival is at stake. The Global World Pandemic offers us an opportunity and a challenge to explore the necessity of forming a stronger, freer, and more transparent world body to ensure the safety, protection, and prosperity of all inhabitants of this planet earth. Can we afford to go on with a business-as-usual approach, after this pandemic is somehow managed or brought under control?

CAN WE? — A CALL FOR ACTION

Raising questions is the first step. Finding answers and arriving at consensus would require “mass awakening” and “enlightened” leadership. That may be the greatest challenge of our time.

Our choice is simple: A Global New Renaissance or Get Lost in Oblivion. I hope it won’t be the latter. Let us act now before it is too late.