The Power of Story and the Crisis of Meaning 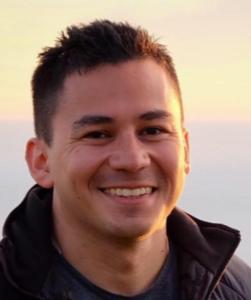 Since the time of the Renaissance and the birth of the modern mind, human beings have re-assessed everything we believed in the light of empirical, objective knowledge. The sun didn’t revolve around the Earth, but the Earth revolved around the sun. The planets were not divine entities that wandered across the heavens, but masses of rock and gas that revolved around the same star as us. And yet in spite of this profound, unprecedented explosion of objective, scientific knowledge, every single other kind of knowledge has been gradually devalued to the point of near irrelevance. The modern universe seems to be profoundly dis-enchanted. As much as scientific knowledge ought to inspire awe and reverence, there seems to be a pervasive sense of nihilism and existential malaise. Cultural and moral relativism are the order of the day, and truth is but a point of view. The ecological and political crises we see in the world today are a clear reflection of this self-same crisis of meaning. What should we do with all this scientific knowledge? Science cannot answer these kinds of questions. By using the scientific method we can understand nearly every mystery of the universe, and use those secrets to manipulate them to our advantage with technology – but it will never help us understand what meaning or purpose to take out of that.

It is impossible to escape the need to construct meaning. Scientific knowledge has rendered a profound service to humanity, but it has also helped create a situation in which humans have become a destructive, existential threat to the entire life-support system of the planet. It seems as though our “progress” as a species has continually occurred at the expense of the rich diversity of plant and animal species that share this planet with us, and now humans are in danger of destroying the very host that we have up until now been parasitically exploiting.

The scientific method is one of the greatest tools of modernity, and through its use we have bent the laws of nature to our will through the cultivation and progress of technology. But instead of our scientific knowledge granting us a sense of purpose or meaning, we continue to experience a society characterized more by its sense of isolation than its sense of community, more by its cynicism than its optimism, and more by its nihilism than its sense of purpose. We have powers beyond our ancestors’ wildest dreams, and yet don’t seem to have anything terribly important to do with it. We have access to all the knowledge of history in our pockets, and we use it more for pornography or self-promotion than for enlightenment or self-growth. As physicist Eric Weinstein has observed, “we are now gods, but for the wisdom.” And so, the destruction of our environment continues, all the while increasing our sense of alienation and existential dread.

It doesn’t have to be this way. Knowledge can be wedded to wisdom, but first we have to reclaim the essential necessity of wisdom and make space for it in our discourse and society. Knowledge comes from the command of facts, but wisdom comes from the appreciation of values. Facts come from the things we can measure, weigh and quantify. It comes from the physical world, from all the material we can break into smaller pieces and observe under a microscope, from everything we can empirically verify, from everything we understand from science. Values do not come from facts. They have everything to do with what can’t be seen, weighed, measured or quantified – and despite what scientism tells us, just because something can’t be measured doesn’t mean it’s not important or real. On the contrary, everything that makes life worth living is everything we can’t weigh or hold in our hands. Wisdom isn’t generated through reductive analysis, but through creative synthesis – not through the act of breaking things apart, but through the act of putting things together – not through the act of drawing distinctions, but through the act of making connections. It is, above all else, not about facts, but about narrative. Facts tell us what things are, but values tell us what they mean. Purpose comes from telling a story.

Neohumanism is a new story, and one that seeks to take the gifts of the scientific approach and wed it to a wisdom tradition whose history stretches back millennia. As an educational system, it seeks to effect this narrative shift by re-imagining the role of the human in relationship with the whole. The same self-organizing cosmological dynamics that formed the billions of galaxies also—as cosmologist Brian Swimme points out—ultimately birthed the writings of Shakespeare and the music of Mozart. “We are stardust,” Joni Mitchell wrote, and so it is literally true. We create as only the universe can, we destroy with a violence matched by only the universe itself, and we fall in love precisely because it is in the nature of the universe to do so. A pedagogy that seeks to address the moral, spiritual, and even scientific challenges of the ongoing ecological crises of the twenty-first century must start with such a newly-oriented narrative perspective. Facing these crises means going deep inside our human capacities and finding what can be transformed, deepened, and brought to bear in the service of all the Earth’s creatures. A materialistic approach has taken us this far, and it’s time to leave it behind.

“… materialism is most dangerous when it tries to suppress mental expansion, when it creates obstacles in the transformation of mind from crude to subtle – when it blocks the passageway of human development from the graceful beauty of the mind to the spiritual sweetness of the soul.”