By Glauber Pimentel and Juliane Garcia 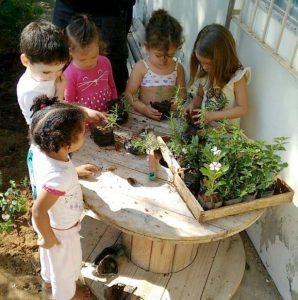 The methods and techniques used by the Brazilian educational system to educate children and adolescents have long been questioned. In Araruama, a city in the interior of the state of Rio de Janeiro, the situation is no different. Understanding that schools, both public and private, have not met the desired goals for the education of their children and after an intense search for a school unit that would meet their real personal and collective needs, it was clear to a group of parents that their search would only cease with the creation of a school where the teaching practices were aligned with the commitment of the integral growth of its students and their children.

It was from this underlying desire to provide a space where it was possible to educate children in a way that would potentiate their abilities as individuals and members of the collective that the Flor e Ser Neohumanist School emerged. The seed of this project began very small, with a few parents eager to make this educational space happen. Thus, Flor e Ser Neohumanist School was born from the desire to transform the world into a better place. Through educational activities, children are encouraged to develop healthy potentialities as individuals and as integral parts of nature and the universe. By working to internalize Neohumanist values, the children are touched by the sense of taking care of and helping others. All this work only exists because of volunteers and partners who dedicate their support, either face-to-face or financial, so that this dream continues to become a reality.

The school started in March with five children. In a short time, it was clear to the staff at the school that it needed to be expanded beyond those who were already practicing Shrii P. R. Sarkar’s philosophy of Neohumanism. Thus the school began to serve people in situations of social vulnerability. Over time and with more people joining the project, Flor e Ser occupies a physical space structured specifically to needs of the children and develops activities aligned with the philosophy of Neohumanist Education. Currently, there are eight children studying at Flor e Ser Neohumanist School. Some of them are children of those already familiar with Shrii P. R. Sarkar and Neohumanism, and the others – who can’t afford for their basic needs – are from our neighborhood area, an outskirt community located in Areal (Araruama). The school serves children ages 2 to 5 years; some are paying and some are scholarship holders. Araruama is one of the nine cities of Região dos Lagos Bhukti, in Rio de Janeiro state, therefore the school and their staff are supported philosophically and spiritually by Dada Siddheshvarananda, and Firmina Labre. 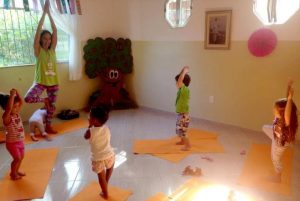 ome parents work at the school as volunteers. Due to this the children have asana classes, music classes, English classes, German classes, cooking classes, Art classes, and obviously the moral and ethical principles of Yama and Niyama. All the regular classes are taught according to the Neohumanist educational philosophy.

The students have a stimulating routine that encourages them to practice at home what they learn at school. They start the day singing spiritual songs and kiirtan, and then they meditate. They have sentient vegetarian food for breakfast and lunch. Ludmilla Labre and Maycon Carvalho are in charge of the children, most of the time. It’s important to mention that the chores, administration, and other maintenance works of Flor e Ser School are in the charge of those parents who are practicing Neohumanists. 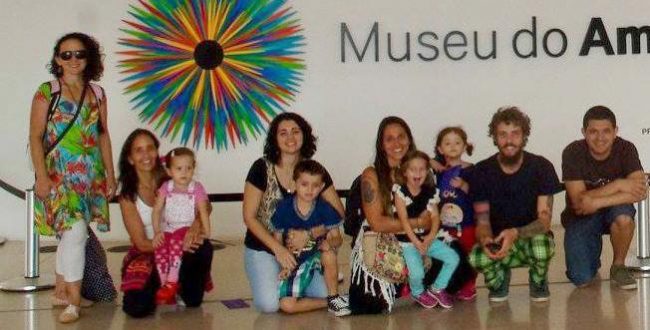 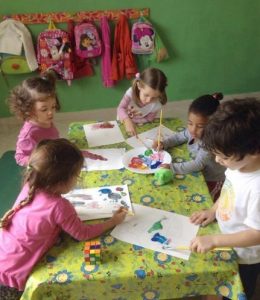 Thus, the school is supported by a cooperative team – that is composed of practicing Neohumanists and other people who are new to but inspired by the ideals of Shrii P. R. Sarkar. The staff consists basically of volunteers who, without their physical and / or financial support, the work developed in the school would be impossible. The staff is supervised by Dada Siddheshvarananda.

Always seeking improvement in the work with the children, the team that acts directly and indirectly has been training constantly in order to broaden their knowledge about Neohumanist Education. So this year, three workshops were held, as well as several meetings with professionals who are experienced with this area of Brazil, as well as with other countries.

The goal of the school is to reach more socially vulnerable children who are hoping to attend our school, but we still need more support for its maintenance and growth. Due to the well known reputation of the good work being done by Flor e Ser Neohumanist School, the project recently received a land donation from a local resident on which a new school building will be built. The new building will be able to serve a larger number of children. It will also be located in a more central neighborhood which will facilitate access by families from all social backgrounds. Currently the school is maintained through donations and events that raise funds for the maintenance of the same, and we welcome help to build this new school so we can continue to improve this work.

If you want to extend your support, please, let us know. Send us a message:
or visit us at: www.facebook.com/floreserneohumanista 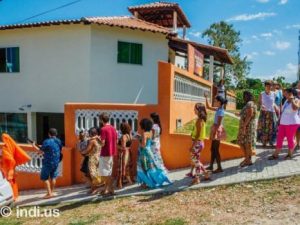 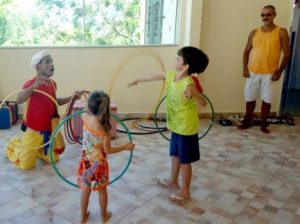 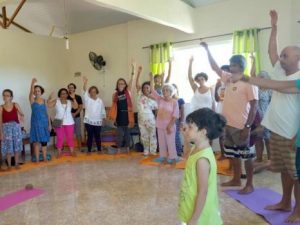 The opening of ESCOLA FLOR E SER took place on March 26, 2017. About 100 people, including adults and children, were present for the inauguration, which included activities for the children, meditation, and a delicious lunch.