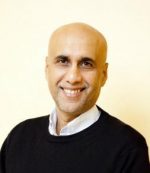 PROUT is an acronym for Progressive Utilisation Theory – a socio-economic theory first propounded by Shrii Prabhat Ranjan Sarkar in 1959. The 2008 global financial crisis exposed the inherent instability of neo-liberal economics. Prout’s spiritual foundation on the other hand asserts a new paradigm, one that rejects the world’s top-down corporate market place in favour of regionally self-reliant co-operative economies.

In modelling the development of Prout-related policies, Inayatullah’s Prout in Power represents a landmark publication and represents an important maturing in the emergence of Prout. For those asking what is the Prout view of a particular topic, Prout in Power offers examples of Prout’s policies and ways to formulate them. As such it is likely to be of interest to policy makers and Proutists alike. Diverse examples are given, including those relating to governance in Asia, the Olympics, education, prisons and political economy. That many of the examples have been the result of seminars with those active in the field makes them all the more relevant.

Identifying Sarkar’s social cycle, spirituality, governance, neo-humanism and his socio-economic system as Prout’s pillars helps make Prout more accessible. While profound, Prout is made additionally accessible by the book having a lightness about it reflected for example in learning how to experience the social cycle by playing the Sarkar game.

Part of the framework that builds on the pillars and helps the process of developing policies that reflect Prout principles, is the author’s causal layered analysis. This method sees an event or given situation as being composed of different layers that take each stage of the analysis progressively deeper. Thus there is the day to day litany or overriding story, then the systemic – ‘the

interrelated parts that comprise the issue’ being addressed, third, ‘the worldview or the interests and perspectives of stakeholders’ and finally, the underlying myths or metaphors that ‘support and provide meaning to the entire framework’.

For those unfamiliar with Prout, the book is likely to raise as many questions as it answers. For example what would a co-operative university look like? Would it be like the Mondragon University for example that is jointly owned by its academic and administrative staff?

At one point the author suggests that Asia needs to become a place where identity is far less based on ethnicity … and far more on our common humanity. This is put in context by subsequently acknowledging the value of our cultural diversity and the need to support local languages.

Prout policies are open to interpretation. Asking what a Prout policy might be in any given situation places an onus on Proutists to deliver. Sohail Inayatullah has done us all a service in taking the lead.

There are no end of books spelling out problems we are facing. There are few books like Prout in Power that are entirely given over to elaborating an approach that is capable of generating alternative and transformative policy. This is a book that deserves to be read a number of times to fully appreciate its import. I don’t see mine sitting on a shelf gathering dust.

For More Information and to Order: 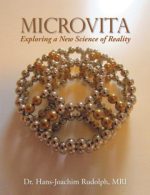 This book offers a smooth integration of Microvita (units of consciousness) into a well-grounded scientific scenario, consistent with the equations of Newton, Maxwell, Einstein, and Schrödinger. It also provides a link between the worlds of perception and conception and implies that the distinct disciplines of physics, biology, psychology, and mathematics can be merged into one science of everything.