Neohumanism, Comparative Economics and Education for a Global Society 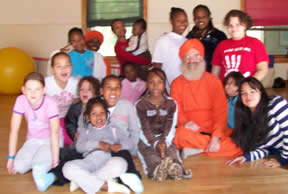 Neohumanism, Comparative Economics and Education for a Global Society

This paper was presented at the NHE Futures Conference

For the past few decades many voices have been saying that humanity is heading towards an era of globalization and even a global civilization. While it is true that economic, scientific, and political forces are indeed driving us in that direction, there is still a lot that has to be done if we are to live together as if we were all members of a global village.

Education has a key role to play in this process, because it is basically the attitudes, concepts and behavior that we pass on to our children that will determine whether they will live together as one human family or whether they will form belligerent groups and fight, as humanity has done in the past.

All the world’s religions have said “love your neighbor,” and great people have also come and preached the gospels of peace, yet humankind is constantly at war. During the 20th Century the League of Nations, and the United Nations were created, but inter-human strife has not diminished. Clearly, although our intentions may be lofty, we need to do more to change the way we think and act.

When we look at the role of education in fostering global thinking, we run into a huge stumbling block. Education is under the direction of the prevailing state or prevailing government, and the style and content of the education must conform to the needs of the state. This leads to a situation where instead of educating people to think deeply about world problems and world conditions, we turn our students into “cheerleaders” for their particular country.

Let me give an example from my youth that still remains in my mind. I grew up in America during the post-World War II era. It was the time of the Cold War and the greatest social issue was the fight of communism against capitalism. When I was in a social studies class, sometime around 1960, I remember a particular question that was posed. The teacher asked one student, “Which political system is better ours (the U.S. system) or the Soviet Union?”

One student gave the “correct” answer and said, “Ours is better, because we have the right to vote and participate in elections.”

The teacher, however, wanted to play the devil’s advocate in order to test the student further, so he said “But in the Soviet Union they also have elections.”

And then the student answered with another “correct answer” and said “But in the Soviet Union all the candidates are communists.” That was the end of it, the U.S. system was declared better.

However, wouldn’t it have been thought provoking if the teacher had again played the devil’s advocate and said, “But in the U.S. system all the candidates are capitalists.” Imagine the discussion that would have ensued. The teacher never asked the question, and indeed very few people even today, in school and out of school, are asking deep questions about prevailing political, economic and social questions.

Of course the teacher was not able to challenge the efficacy of western democracy or capitalism as it would not haven been patriotic. I am sure that similar truncated discussions were held at the same time in the Soviet Union. And the result of this was the mobilization of the world into two conflicting camps, and the near annihilation of civilization.

We were lucky to escape the Cold War like this, but surely we can do better in the present and for the future. P.R. Sarkar thought deeply about this particular problem and said that education should help people to overcome the bondages that prevent them from seeing the true nature of society. In his book Liberation of Intellect he said that one of the biggest problems is that people neglect rationality in favor of blind sentiments or feelings and that these sentiments must be overcome.

In almost every country of the world there is a tendency for people to think that their country is the best. Textbooks may reinforce this idea by proclaiming that “our country is blessed with so many resources etc” when in fact the opposite is the case. The tendency to be attached to a particular geographic area and to glorify this area is called geo-sentiment. A farmer’s attachment to his land is a small example of this sentiment. But it can also be applied to a larger area, and when this simple geo-sentiment becomes geo-patriotism or even geo-religion then it can lead to war.

Sarkar said that the way to combat this narrow geographical sentiment is to provide the facts, let people study and let people develop a rational and questioning mentality. Instead of saying “our county has all the resources and is abounding in wealth” the real picture should be studied. There is no place for national propaganda in school textbooks. How many countries are ready to follow this fully? Until this is done, then falsehoods will be allowed to feed the natural tendency to think that “our place is the best place.”

Earlier I used the word “cheerleaders” to describe what the education system does to its pupils. This word was deliberately chosen because cheerleaders are what we find if we attend a sports contest. Why do we cheer for a particular team? Sarkar identifies another important human sentiment, which he calls socio-sentiment. Humans naturally identify with a particular group. If you are watching a football match and there are even two unknown sides, one in blue shirts and one in white shirts, you may gradually find yourself rooting for one particular side.

This harmless tendency becomes more serious when identification is with a racial, national, religious or linguistic grouping. Socio-sentiments are at the base of most of the strife in the world today, and as with the geo-sentiments they have to be overcome with the help of education.

Socio-sentiments run deep in the psyches of human beings. It is not easy to forget about one’s connection with a religious, national, linguistic or other group but if humanity is ever to advance beyond the stage of inter-group conflict, then it is necessary to find a way to do so. In Liberation of Intellect Sarkar offers two methods, both of which can be used by educators to help their students go beyond limited group attachments.

First, Sarkar says that the “principle of social equality” is important in overcoming socio-sentiments. By this he means that instead of being self-centered, only striving for our individual happiness, we should concern ourselves with the welfare of others.

“The endeavor to advance towards the ultimate reality by forming a society free from all inequalities, with everyone of the human race moving in unison, is called sama-samaja tattva (principle of social equality),” says Sarkar.

Instead of telling our students that their country, race or religion is the best and that others are less worthy of respect we should place before them a great vision of a common goal for humanity and of a duty to eliminate disparities and to help others progress together towards the goal.

Youngsters, particularly adolescents, are motivated by ideals and it is the duty of educators to provide them with great ideals, and what can be greater than the idea that we are all part of one human family?

Sarkar offers another tool to help humans liberate themselves from the confinement of social sentiments and that that is psycho-spiritual practices, or a psycho-spiritual approach. The conscious ongoing effort that people make to expand their radius of thought to include, not just a single social group but the entire universe, is a mental process (psychic) which culminates with love for all other beings, and hence Sarkar consider it to be a psycho-spiritual approach. This is not a theoretical concept, there are mental exercises that help people to reach this state of mind, and they can be taught and practiced in our schools. The psycho-spiritual approach, Sarkar continues, is not only instrumental in helping people to overcome their attachment to narrow group interests but it in fact nourishes the love that will help humans to treat all others including plants, animals and environment with respect and dignity.

The Neohumanist education movement has pioneered in putting Sarkar’s prescriptions into practice on a small scale, however if the same principles and methodology were broadly applied elsewhere it could make a great contribution towards educating a generation of students to go beyond narrow sentiments and to take up their responsibilities in a global society.

During the U.S. presidential election of 1992, candidate Bill Clinton was looking for a clever way to set himself apart and to define the main theme of his campaign. Finally he remarked, “It’s the economy, stupid.” As with most politicians Clinton was really only scratching the surface of this issue. Providing some newer policies for taxation, monetary and fiscal policies and job creation, he was essentially offering some “tweaks” to the current economic system.

No candidate ever would say “It’s the system, stupid” and challenge the very fundamentals of capitalism. That would be political suicide, but maybe that is what is necessary in a world where three billion people live on two dollars a day or less.

If the current body of politicians and leaders are unable to “think outside the box” maybe a newer generation of students and future leaders can do the job for them. Once again we need a particular emphasis in education in order to inspire this coming generation to take up the socio-economic challenge of bringing about a more just and more rational use of the earth’s physical resources.

During the Cold War education was greatly limited by the fear of the “other” system. In Eastern Europe, economics could only be studied within the confines of Marxism-Leninism, while in the United States, communism and even socialism were equated with the enemy and couldn’t be discussed rationally.

Communism, capitalism and socialism are after all only mental constructs, what is the harm in discussing them, analyzing them and to see what they may have to offer in confronting current economic problems?

However, in the discussion of this summit and afterward, the systemic causes of hunger and poverty were never addressed. Maybe the questions that should be asked are: Can the world achieve these developmental goals under the system of free-market capitalism? Is capitalism itself the cause of global inequality? Are there systemic alternatives to capitalism and communism?

If politicians are too timid to ask and answer these questions, then let the discussion begin in our educational system. From high school and into the universities, social studies and economics courses should address this issue by studying the characteristics of capitalism, communism, socialism and of newer formulations, such as Sarkar’s Progressive Utilization Theory (PROUT) and examining the strengths and weaknesses of each system in light of present economic challenges.

The current world economic, environmental and social crisis has come to its present state due to “business as usual” policies and thinking. The solution cannot come with “more of the same,” and that is why if we are serious about achieving a high standard of economic and social development throughout the world for all people, then we need a revolutionary educational approach. The widespread introduction of Neohumanistic concepts and practices, coupled with serious study of comparative economic systems can provide our students with the inspiration, wisdom and foresight to do what preceding generations have failed to do: to build a healthy human society in which the entire human family is able to live in peace, prosperity and security.