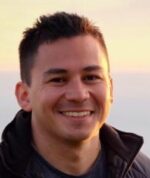 When I first attended the Progressive School of Long Island, nearly thirty years ago, meditation was a kind of cultural aberration. Looking back, it’s incredible to think that decades before meditation became firmly established in the mainstream, children were being led in yoga and meditation on a daily basis in the Progressive School back in the 1980’s. And yet—although meditation is now a widely accepted practice in settings as orthodox as public schools—the kind of meditation a Neohumanist Education advocates and practices shares little in common with the “mindfulness” meditations typically practiced in schools around the country. Rather, the meditation typically taught in a Neohumanist school is far more goal-oriented, sophisticated, and challenging. The rest of the world is slowly catching on to what Neohumanist educators have been teaching for decades – but they’re not exactly catching up.

Mindfulness meditation is a simple but powerful practice in which practitioners are taught to focus on their breathing while slipping into a part of their mind that witnesses their experience instead of being absorbed in it. Rather than identifying oneself completely with the emotions or thoughts one has, the practitioner learns to watch the mind as observing clouds. One way of thinking of this distinction would be in understanding the difference between “I am sad” and “I feel sad”. In the former, a person identifies and associates themselves with the emotion as if it were intrinsic to them, while in the latter, the person reflects an understanding that the feeling they have is an experience that says nothing essential about them.

In itself, there’s nothing wrong with such a meditation. On the contrary, I actually teach and practice it with the children at the Progressive School of Long Island. My experience as an educator has taught me that mindfulness is a tool that helps children (especially adolescents) learn to stay centered with their experience and feelings instead of seeking to disassociate from or overly identify with them. But, my experience as an educator has also taught me that the power of meditation can go far deeper than merely being a tool for emotional calibration. Meditation isn’t just a tool, but actually at the core of Neohumanist Education – but it requires a meditation that goes deeper, to the very core of our experience.

Neohumanism espouses the creation of a world that seeks to embrace all—regardless of tribe, color, nation, or even species—as the expression of a singular and indivisible Oneness. By its very nature, Neohumanism isn’t meant to be an abstract principle, but something to be enacted in our relationships, politics and everyday lives. Such an endeavor is one that demands more than just an aesthetic idea of what’s right and what’s wrong; it demands that we bring the totality of ourselves to bear, each and every day. It requires something heart-centered. To quote P. R. Sarkar, it requires “a perennial source of inspiration”.

Attending the Progressive School all those years ago, we weren’t just taught to focus on our breathing and watch our thoughts as if they were clouds. We were challenged to imagine an ocean of love that we were just a tiny dot in. We were taught to sing and meditate on Baba Nam Kevalam, and were reminded each day that the essence of this teaching was that love was all around, love was all there is, we ourselves were love, and that was the essence of all we were. After meditation, we were taught to enact these ideas by practicing social service and volunteerism in our local communities. We were encouraged to start newspapers and fundraisers for causes we felt passionately about, and we were reminded in our academic lessons just how much one person could change the world. Meditation was not just some eccentric aside that started our mornings, but was the foundation of the comprehensive vision that a Neohumanist Education sought to cultivate in us, each and every day.

Neohumanism, at its core, is a spiritual philosophy – not in a religious sense, but in the sense that it seeks to connect us to the ground of our being, so that we see ourselves in the other and the other within ourselves, so much so that the distinction between “self” and “other” begins to fade. By its very nature, this is a mission that runs counter to the materialistically-oriented, “skills-based” approaches of most pedagogies. Rather, this is a character-based approach. Meditation can be about managing our lives or emotions better, but it can also go deeper – as deeply as we are willing to take it. Regarding education, Sarkar used to say “sa vidya ya, vimuktaye”, meaning that the spirit of education is about teaching the “knowledge that liberates”. Liberation can take on many forms – social, economic, intellectual, emotional, and certainly spiritual. May that urge for liberation lead us to the perennial source of inspiration that Sarkar first pointed us towards.

Amal Jacobson studied at the Center for Neohumanist Studies in Ydrefors, Sweden in 2004. Since then, he has taught and led classes and workshops on Neohumanism all over the world. Receiving his MA from the Philosophy, Cosmology and Consciousness program of the California Institute of Integral Studies, he continues to teach and write widely, with an emphasis on Neohumanism and Integral Ecology. He is currently an educational assistant at the Progressive School of Long Island, where he also teaches a daily meditation practice with its students.