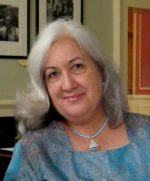 Decolonization takes us deep inside the serpent’s belly to confront the white supremacy, the savior complex, and the internalized oppression that are entrenched in ourselves, our institutions, and our society. – Edgar Villaneuva

At the beginning of the 20th century, a handful of European empires ruled over a vast portion of the planet, including much of Asia, Latin America, and Africa. Colonialism was justified by asserting the moral, technological, and cultural superiority of the Western empires, and conquest proceeded hand in hand with missionary Christianity and commerce (which generally consisted of the plunder of raw materials, forced labor and the disruption of local economies).

Colonized people (mostly brown and black) were considered culturally inferior by colonizers (mostly white) and incapable of “civilizing” themselves. A primary aim of the colonizers was to transform the colonized into versions of themselves. The British were particularly adept at this in India, where their aims were “to produce civic, loyal citizenry and bureaucracy which will facilitate the rule of colonizer” (2019, Sharma & Ahmad, p. 4). In one famous speech, British historian and politician Thomas Macaulay, who was responsible for the establishment of English as the language of education in India, noted that “education would produce citizens which would be brown in colour but will be English in thought and action” (Ibid).

In the United States, the colonialist project had many faces. U.S. history texts emphasize the colonial status of the European invaders, and valorize the successful revolution that brought independence from Britain. Less attention is given to the processes by which European settlers emigrated from Europe over the next few centuries and spread across the United States colonizing, dispossessing, and slaughtering the indigenous inhabitants – distinct peoples who constituted hundreds of sovereign nations. Genocide, says one historian of this period, is a term that “drills to the very core of U.S. history, to the very source of the country’s existence” (Dunbar-Ortiz, 2014, p. xiii). Richard H. Pratt, founder of the Carlisle Indian School, expressed a similar sentiment to that of the British colonizers: “that all the Indian there is in the race should be dead. Kill the Indian in him, and save the man” (1973). It should be clear from these statements how important a role education played in assimilating the conquered to the values, behaviors, and beliefs of the conquering culture.

By the end of the 20th century, almost 150 former colonies had asserted their independence, often through violent revolution, and become their own nation states. Following these ruptures, capitalism became a global, homogenizing force, multinational capitalists replaced colonizers, and “economic colonialism” is now justified by asserting that people will all be better off if they are integrated into the modern, technological, global economy. Colonization persists in new and more subtle forms: resource extraction, imposed models of development and austerity, and economic dependency. The winners in this game are multinational corporations; the losers most often suffer ecological and humanitarian damage to their land and cultures. As in colonialism, modernization and its handmaiden, Western education, has been accompanied by the loss of languages, the erasure of cultural identity, the eradication of traditional technologies that have evolved in response to local conditions, and the deterioration of bioregional sensibilities. Madhu Prakash and Gustavo Esteva, in their book Escaping Education: Living as Learning Within Grassroots Cultures, write:

“…wherever education advances, homogenization establishes itself. With every advancement of education or the educated, a global monoculture spreads like an oil slick over the entire planet.” (1998, p. 7)

As we begin to understand the latest iterations of colonialism, it becomes clear that “decolonizing” is a much longer-term process that involves removing not just the material, but the intellectual and emotional shackles of the oppressor who has brought about the systematic destruction of so many of the world’s languages, local ecosystems, self-sustaining, appropriately scaled economies, and the great variety of cultural expressions. Decolonization is a process that recognizes the connections between what has occurred in the past, what is experienced and perceived in the present, and how we might shape a future that atones for the misdeeds of the past and heals the wounds that persist into the present day.

If Neohumanist educators aim to achieve the radical social equality promoted by Shrii P.R. Sarkar and facilitate the “epistemological pluralism” that can help to mitigate the dire consequences of technocracy and the exclusive focus on the positivist science that underpins it, then the discourses on decolonizing education, emergent now from all corners of the globe, offer important concepts to our theory and practice.

Shrii Sarkar is very clear that Neohumanist education must nurture a universal outlook that transcends caste, creed, color, race and gender, and that sentiments which impose limitations on human development must be rejected. In hundreds of citations, we read him pointing out the problems posed by inferiority and superiority complexes. Powerful people can inject feelings of inferiority into people which then makes it possible to exploit them, socially or economically. This is clearly operative under all colonizing cultures; without the injection of internal feelings of inferiority, it would be difficult, if not impossible, to control others for one’s own benefit.

In the United States, descendants of white people from Northern Europe have constituted a majority for much of recent history – though that is changing – and they wield most of the economic and political power. People whose recent ancestors were enslaved, oppressed, or victims of genocide or dislocation can experience a range of emotions and ailments – anxiety, distrust, fear, shame, grief – that both consciously and unconsciously can structure beliefs and behaviors in the present. This has been named transgenerational trauma. As well, there can be feelings of inferiority – internalized oppression – that can result in holding the colonizers in higher esteem than one’s own indigenous ways.
Both the oppressed and/or marginalized people in a society, and the privileged (individuals and groups who benefit from the historical legacies of colonialism and occupation) have been mentally colonized by media, educational curricula, power relations, and institutional structures that create and sustain myths of inferiority and propagate racism (power plus prejudice or discrimination based on an assumption that one’s own race is superior) and ethnocentrism (the evaluation of other cultures according to the standards and customs of one’s own). If education is to take seriously this idea of “decolonization” and be truly transformative, the stories of the past must be carefully attended to in order for healing to occur. Educators need to confront and challenge the colonizing practices that influenced education in the past and are still operative in the present.

​If you analyse the history of the world, you will find that whenever one group exploited another in the economic sphere, they first created psychic exploitation by infusing inferiority complexes in the minds of the exploited mass. You will find that in each case of economic exploitation, psychic exploitation was the foundation: if you go deep into the background, you will discover a continuous and cunning attempt to create inferiority complexes in the minds of the exploited.Shrii P. R. Sarkar, 1982

A Pedagogy of Decolonization

The form of education that we in the United States are all so familiar with is European in origin. The old German Republic of Prussia, a quasi-military state, gave the West compulsory schooling, educational technologies of surveillance and control, the idea of a prescribed national curriculum, regular testing, and state certification for professional teachers. Complementing the influence of Prussian methods were the laboratories of Wilhelm Wundt in 19th century Saxony, where the seeds of psychological behavior modification and social control were germinated, tested, and refined. Enormously influential in western education, strong traces of these ideas remain in systems of discipline, zero tolerance policies, positive and negative reinforcement, grades, and rewards – everything from praise to pizza to degrees. Decolonizing education will require the rethinking of all of the taken-for-granted assumptions that underpin our educational theories and practices.

We should not underestimate the enormity of the task of decolonizing education. One scholar, G.T. Reyes, notes that colonization has been a “global project of domination over ways of thinking, knowing, valuing, feeling, doing, being, and becoming” (2019, p. 1). Because colonial power has been exerted historically by (mostly) white people, and the colonized have been primarily people of color, “whiteness” is a pervasive norm, and this “directly influences the ways that schools are organized and how teachers, students, and families interact” (Ibid. p. 3). These conditions often operate below the level of consciousness, and may be experienced by privileged people as “natural,” as “just the way things are.” Hence, projects like uncovering “implicit bias” are prevalent in anti-racist and decolonization work.

Clearly, this is a huge undertaking and we cannot begin to do justice to its many dimensions in this brief overview. In my study of the current writings of people who have been marginalized by colonial processes, I have taken away some of the points that I believe are deeply compatible with a “post-colonial,” Neohumanist education:

Teachers and school leaders need to study historical processes of colonization and examine their own subjectivities in relation to power, being, and knowledge.

School structures need to be examined for their ideological frame, and understood as ways that act to reproduce coloniality (or the dominant – white – culture).

School materials (textbooks, bulletin boards, signage, etc.) need to be analyzed for how various people and cultures are represented, and for ways that they transmit messages about power and privilege.

Educators need to be aware of whose knowledge and ways of knowing are prioritized and how/when/by whom academic subject matter has been created.

The narratives that constitute the curriculum must be inclusive of the many stories people tell about their lives and their relations with other species on the planet. “Counter-stories” must be unearthed and history (as just one example) must be studied from multiple perspectives, not just the narrative of the conqueror/dominator.

Classrooms must be spaces that are grounded in human values. They must also be grounded in “eco-values” – a recognition of the inherent worth of all species – if we are to survive.

New relations between schools and communities need to be cultivated – all adults in a community need to be seen as mentors, role models, and teachers of youth.

A decolonized education validates the experiences of young people, and calls forth youth voice and activism.

Every educational context is different – who the students are, the communities they come from, the values and beliefs of their families — hence, decolonizing work will look different in every setting. Common factors, however, include the necessity of looking below the surface for root causes of conditions, and problematizing situations: “listening, asking questions, and drawing connections to the broader implications of systems of oppression” (Ibid.). Decolonizing education is a healing process – healing the wounds that have been inflicted by centuries of domination, exploitation, and violence perpetrated by people against their fellow human beings and the planet. Decolonizing education asks us to reconsider the fundamental purposes of education: rather than educate so that a tiny sliver of people rise to the top of the global income chain, we need to educate all people for the art of living well together on a fragile and sacred planet.

A pedagogy of and towards decoloniality must be “a project of ‘Re’ – resisting, refusing, rehumanizing, remembering, reminding, restoring, reframing, revisioning, and reimagining. (Reyes, 2019, p. 7)

Kathleen Kesson is Professor Emerita, LIU-Brooklyn, and is the former Director of the John Dewey Project on Progressive Education at the University of Vermont and Director of Education at Goddard College. She currently lives in Barre, Vermont and is actively engaged in the work to make Vermont schools more equitable, sustainable, and joyful. Her latest book is Unschooling in Paradise. You can read other writing by her as well as an excerpt from this book at https://www.kathleenkesson.com. Visit the book link at AMAZON and see the new Kindle version, available for only $.99 (AMAZON’s minimum price).