5 Years Celebration of “My First Book”, National Contest in Croatia

5 Years Celebration of “My First Book”, National Contest in Croatia

As if supporting our celebration, warm and sunny days kept on holding until we had the 5th year “My First Book” (Moja prva knjiga) prize giving programme in the city of Karlovac, Croatia at the Zorin Dom Theater. The day after our celebration, the rain poured!

It was the largest number of books received so far: 500 books from 140 primary schools that participated in this nation wide contest for children ages 6 to 15 to write and illustrate their own original story. This year the jury had a hard time choosing the winners because there were just so many wonderful books. Finally 17 stories were awarded the prize of getting them printed. Totally 11 books were published (some had more than one story in them) which brings now the books CNS published in the past five years to 34. The prize giving programme at the city theatre is the concluding affair of the yearly contest. There was a huge crowd of about 400 children, teachers and parents from different parts of the country. They strolled through the exhibition hall of all the books, and received advice on how to improve their stories and illustrations.

The programme on the stage this year was highlighted by a band of 11 girls and boys under the age of 13 who were invited to perform from Mali Losinj at the Adria. There was also a children’s ballet performance of one of the children’s stories and songs by the city’s special needs children choir which received a long applause indicating that they touched the hearts of the audience. Then slides of the most delightful images from the 500 books were shown Finally the prizes of printed books were presented to the deserving young writers and illustrators by the sponsors and supporters, such as representatives of the local city, county, Ministry of Education, library of Karlovac, local companies and the Dutch embassy.

Sanja Pilic and Tito Bilopavlovic the most well-known and popular children’s authors have graced the event with their presence. They are not only part of the jury but have become part of the contest since its inception. Each participating child in the contest is very pleased to receive a certificate with their signatures on it. Without them the contest would not be the same!

At the end of the programme Romana Leko, the president of CNS thanked all including the two dozen young volunteers who gave over 50 workshops in schools and libraries and who helped in many ways. Five of these volunteers, now 16 and 17, themselves took part in the very first contest! And the contest is going on for 2010, beautiful posters and fliers are being sent to all primary schools in Croatia which numbers about 1000.

Many people have asked me how to do this contest in their area. In general this is one of those stories of starting very, very small, with one small leaflet and a few weeks of daily workshops with kids to make their book. Due to dedicated staff who have love and enthusiasm for the work of kids, the project has quickly grown. The entire contest is to encourage neohumanistic sentiments in children therefore the themes are well-chosen to give the children a focus. They are Love and Care for Nature, Children’s Rights and Power of Friendship, leaving the rest open totally for the child to come up with anything creative and uniquely original. I have prepared some pages of instructions, including scanning and translating some of the books. If you are interested you may contact me at: 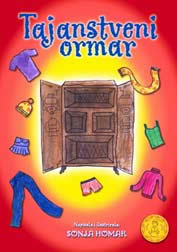 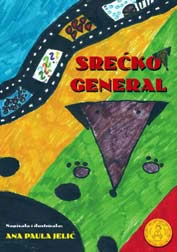