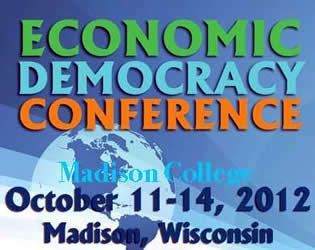 As Noam Chomsky said, “You can’t have meaningful political democracy without functioning economic democracy. I think this is, at some level, understood by working people. It has to be brought to awareness and consciousness, but it’s just below the surface.” Economic Democracy stands for the empowerment of people to make economic decisions that directly shape their lives and communities through locally-owned, small-scale private enterprises, worker-owned cooperatives, and publicly-managed utilities.

The viral growth of the Occupy Movement, and the public support of it, is testament to the tremendous dissatisfaction with the inequities and abuses of global capitalism. Meta-corporations and large financial institutions have corrupted democracy in the United States and many other countries. In response, a wide spectrum of progressive forces is struggling to rescue our political democracy; however, reform is not enough.

Instead the demand for economic democracy that economically empowers people and communities has the potential to unite Americans around a common cause that replaces the tyranny of corporate power.

Humanity needs a clear, compelling vision of an equitable, sustainable economy that brings a high quality of life for everyone – an economy by, for and of the people. 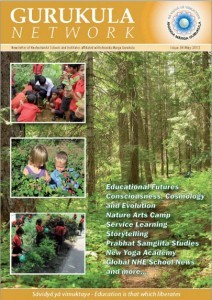 19 – Service-Learning: Bringing Neohumanism to Life
22 – The Story of Harmony Home Nature Arts Camp
25 – Finding Relationship as a Base for Neohumanist Classroom Practice
27 – In-Service Workshop at the River School Australia
28 – The Transference of Consciousness through Storytelling
30 – Spiritual Guidance and its Communication
31 – NHE represented at the Revolutionar Portugal Conference
32 – NHE presented at Teacher Education for Peace and Harmony Conference
33 – PCAP – (Prevention of Cruelty to Animals and Plants)