The long road to accreditation 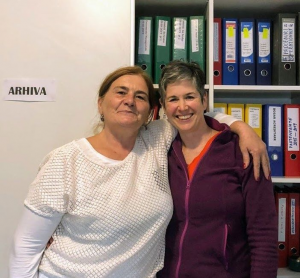 At last, the Gradinita Rasarit neohumanist kindergarten in Romania received its accreditation certificate, signed by the Ministry of Education! The kindergarten was one out of only seven that successfully passed the accreditation process in the entire country for this year, out of more than a hundred applicants.

First kindergarten to be evaluated online

The pandemic created multiple additional obstacles, including receiving the announcement that the entire process would take place online with only days before it would begin. Up until that point, every time we had asked, the evaluation agency had assured us it would be face-to-face.

How to eat an elephant

We were selected as the very first kindergarten to have an online evaluation. The list of documents to scan was enormous, and I only received it on a Thursday afternoon, with the actual evaluation process scheduled to begin on the following Tuesday. I tried my best to control the sense of overwhelming panic, and to give confidence to the rest of the team that we would manage it. How do you eat an elephant? One bite at a time. Although it was not a vegetarian metaphor, it gave the director tremendous inspiration.

From that moment, I barely slept a couple of hours, scanning and organizing documents. The process itself took place over Zoom, and our director, Floarea Diaconu was warm, confident and enthusiastic as she made virtual tours of the premises and responded to the evaluator’s questions, point by point. Many kindergartens were eliminated from the process if the director was not enrolled in a database of “experts” according to a course they had taken. Miraculously, she had the qualification!

Surviving 2020 with the support of our international community

Many private kindergartens went bankrupt during 2020 and closed down. The government provided only limited assistance during the initial “emergency state” that was declared from March – May. However, even in periods when kindergartens were not able to function because of government decrees, no more funds were provided. Even with reducing the staff, and all of us taking turns cleaning every day, we still would not have been able to survive this period financially if it weren’t for our international community’s support. Thanks to the generous contributions of AMURT UK, Zonnelicht kindergarten, and a few other sponsors, our kindergarten not only successfully made it through this extremely challenging year, it also obtained accreditation. Now that we have it, in the January 2022 school year we will at last be eligible to receive a government subsidy for the kindergarten that should be 50,000 euros annually, and will greatly ease the financial stress on the kindergarten project.

The journey towards this moment actually began all the way back in 2007. Romania had just joined the EU, and I anticipated that the laws governing private kindergartens would soon be analogous to those in the rest of Europe. Up until this point, we had been operating in an ambiguous gray area of legality that I didn’t think would be sustainable for long in the new conditions.

The kindergarten was a type of “day-care center” but our advertising was as a “playschool”. Although parents considered it a kindergarten, our teachers were quite concerned about attracting too much attention, as we weren’t technically a kindergarten. We did not just want to offer childcare, but rather education. With senior teachers with more than 15 years of experience, and as one of the only kindergartens in Bucharest to innovate inclusive education of children with special needs, I saw the opportunity for the kindergarten to be a model of best practices for Romania. However, without accreditation, we would not be able to be taken seriously by the educational community.

Getting the teachers qualified

The first step was to ensure that the two senior teachers, who had started out as inspired individuals when the kindergarten was first opened in 1995, but who had no formal background in education (one was an engineer, the other a nurse), got their university degrees. I raised the funds, and they enrolled in a three-year distance learning program.

Teetering on the edge of closure in 2008

In 2008, we experienced a sudden and dramatic reduction in enrollment, due to the financial crisis which caused many of our parents to lose their jobs and reduce costs by withdrawing from private education. However, it was also because many new, fancier private kindergartens had opened up and were out-competing us. Our building had become shabby and unattractive compared to the brand-new kindergartens. 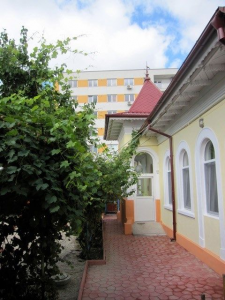 Thanks to grants obtained through the Italian NGO “Amici Nel Mondo” we were able to do an extensive renovation and face-lift of the kindergarten that made it look much more modern, fresh and competitive again. In the midst of the renovation, when replacing the roof, we discovered that underneath, all of the wood was rotten, adding an unforeseen 10,000 euros to the budget that we had to scramble to find. We also invested in publicity, highlighting our vegetarian menu, and soon started receiving calls from around the city from parents attracted by this aspect. Soon we had a waiting list.

In 2009, we applied for the first step towards accreditation, called “temporary authorization.” Once we obtained it, we would theoretically have 5 years to apply for accreditation. We were hoping to get accredited with our own NHE curriculum, so in 2010 we spent the year consolidating the years of experience of our teachers in NHE and synthesizing all of that into our own Neohumanist Education Early Childhood Curriculum, which we then submitted to the Romanian Ministry of Education. The curriculum was also approved by Gurukul. However, it got lost in a bureaucratic ping-pong in the Ministry, and to this day we have not received a response to the last version we submitted more than a year ago. Eventually, we decided to go ahead with the accreditation using the state curriculum, which in the meantime had become increasingly progressive, flexible and easy to combine with NHE.

However, it was not possible to submit the accreditation application without a fire safety permit. We had applied for this permit already in 2014, however, in 2015 a tragic fire at the “Collective” nightclub in Bucharest claimed the lives of 64 young people. Those that had issued the permit had simply accepted a bribe, instead of verifying that minimal safety criteria were met, and there was only one exit from the club, so they couldn’t evacuate quickly enough. This created a huge national backlash against corruption, and one of the consequences was that authorities went to the opposite extreme, making it extremely challenging to obtain the permit.

Although before 2015, very few schools and kindergartens had permits, suddenly everyone was scrambling at the same time to obtain them. Costs spiraled, and we found ourselves facing at least 10,000 euros in investments. The deadline for applying for accreditation was extended for those with temporary authorization due to the situation. It took years of repeated fire department inspections and investments to finally obtain the fire safety permit.

It came right in time. The Ministry of Education announced a final amnesty for kindergartens like ours that had exceeded the five-year period for obtaining accreditation. We had to obtain it in 2020 or risk being definitively closed down. It was a do-or-die moment. We invested in a consultant to help us bring all of our paperwork from the past 5 years up to the mark. This required redoing vast amounts of paperwork. The teachers were completely overwhelmed.

Lockdown – a blessing in disguise

Then the emergency lockdown was announced. It was a blessing in disguise for our team, as it gave them the precious time they needed to be able to fully focus on completing all of the years of documentation, which included a huge volume of handwritten meeting minutes from years of formal “committee meetings”. The requirements for accreditation seemed absurd at times – we had to have documentation for more than 14 committees annually. The amount of paperwork we generated exceeded 50 binders. However, the team worked consistently and diligently for weeks on end, balancing writing with online lessons with the children.

“You deserve to be accredited!”

In the end, it was all worth it. During the inspection, as the director and I described the various educational projects we had done at the kindergarten, including international collaborations like children in permaculture, peace education, diversity projects etc., they were visibly moved and impressed. At the end, they actually said to us, “You really deserve to be accredited!” They were actually not supposed to express their opinion, as they do not make the final decision, but it was clear that we would have a green light from their side. However, until we actually had the results in our hand, we still were not ready to celebrate. Now, we are! What a relief. As Ms. Diaconu says “We ate the elephant!”