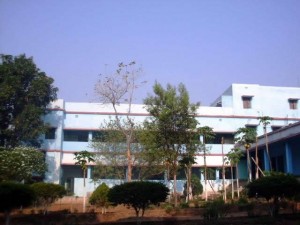 News of recognition of the Umanivas High School for girls has been recently received and the efforts of the Principal, Avadhutika Ananda Vratiisha Ac., the WWD department actively supported by ERAWS, and Gurukul, have been rewarded after almost one and a half decades.

The application for recognition was submitted at the turn of the millennium, while West Bengal was being governed by the CPM . With the change of Government the whole scenario changed and in mid April they received the news of recognition from the District Education Office.

The Didis at Umanivas, especially the Principal, have put in hard efforts for the all round development of the school and also expanded the already big building of the High School, adding several rooms. Students are increasing and recognition will add to the school’s status.

Running a lady managed school in remote area like Umanivas is not that easy. Infrastructural development is still not to the mark. Road, reliable power connection, good quality internet, water problems all have improved but still a lot needs to be done. 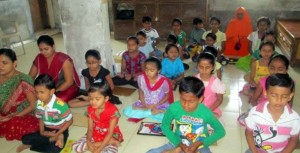 A summer camp was organised From 21st to 25th April by Didi Ananda Madhusmita Acharya and Didi Ananda Jyotirekha Acharya in Surat India and attended by 30 children. The camp was inaugurated by social service workers Magan Bhai Patel and Aravind Bhai Patel.

The camp was concluded on the 25th April with a colourful cultural programme performed by the camp children. The chair persons donated 6oooRs for the Children’s Home.

Didi Ananda Cetana has been working with developmentally challenged children in Russia, and monitoring basic levels of mind and body progress. She has developed an evaluation process and form for how they best focus which each of their senses. If you would like a copy of this form, please write to Didi Cetana at: