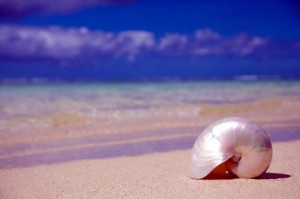 Essays on Sound and Creation

In spirituality it is nearly impossible to introduce the subject of sound, because sound itself is that which introduces everything. The English word sound means something you can hear, and it also means “deep” or “profound”. The Dutch word for sound, “geluid”, is spelled like a past participle meaning “done something loud”, for example when you have tolled a bell. It is a subjective or an objective approach of the same idea.

Sound expresses through the media of an extroversial (objective) and a synthetic (subjective) phase, which are not opposite as in philosophy, but complementary. The shape of the path of light through these media is known as a cakra. Oppositely, the path of a sound vibration travelling through the medium of light is sensory experience.

Thus there is a sacred concomitance between sound and light or color, conveying a certain vibration and a certain idea. From the viewpoint of the objective mind, shape is what binds sound and color. From an abstract point of view, it is geometry.

Spiritually, perception separates a person and an object or idea. Conceptuality brings you in ever greater proximity with your object of ideation. A mantra has a psycho-physical effect and a psychological meaning, but its most profound and powerful aspect is that of sound itself, as the beginning of sound is the beginning of Creation.

Sound and the Causal Mind

Like a child finding a beautiful seashell and burying it in the sand, only to playfully rediscover his treasure the next day, or even at the end of the season, sound is a gift of the distant ocean buried within layer upon layer of reality, until one day it’s inner treasure is found again and will lead us back to the Source.

Sound is the Cosmic code leading light into self-awareness. As pencils of light learn to traverse cosmic pathways, harmonically encoded in the subtlest portion of the universal citta, this creates the physical universe and sentient beings. You can see it everywhere – in the shape of a flower, the dance of insects in a sunlit spot in the forest, the sensitive motions of a small mountain stream.. This sacred concomitance of divine incantation and colors emanating from the causal matrix represents an exalted stage of pure creation. This is the central stage of the causal mind, known as hiranmaya kosa – the completely pure. As this blissful and fully cognizant dance of sound and light together conveys and materializes the divine idea of creation, this stage also represents non-uniformity of flow in the causal mind.

Nucleus consciousness is still perceptible in the subtler stages of the objective mind, however it is now increasingly getting influenced and tainted by the multivarious entitative vibrations. In this stage, on the brink of physical manifestation, the causal matrix relates to and controls the non- uniform, attributional world through microvita and energy. This way, it takes care of all the specialties and necessities of life. Hence, the final stage of the Causal Mind is also characterized by non-uniformity of flow. Rather, this stage represents the transformation from non-uniformity of flow, into non-uniformity of substance, that is, the attributional world.

Where there is no uniformity or non-uniformity of flow, and therefore no expression whatsoever, this is a state of eternal truth, called Satya Loka. Hence, Satya Loka is beyond the influence even of the Causal Matrix. Only the Causal Matrix, through its multi-dimensional bifurcations, creates the physical universe.

If we pick up a nice, big seashell and listen closely, it gives us a feeling of proximity to the ocean. In that inner sound, the infinite potentialities of creation lie hidden. Still deeper and deeper, beyond all transformation, lies the nucleus of all sounds of creation, it’s never ending flow of incantation creating cosmic templates of ever increasing awareness. As actual psychic and psycho-physical incantation this is mantra – a rediscovered treasure on the beach of the Cosmic Ocean.