Home
Issue 46 – July 2018
Sharing the Traditions of a Country

Sharing the Traditions of a Country

The Year of the Dog at MorningStar Preschool, USA 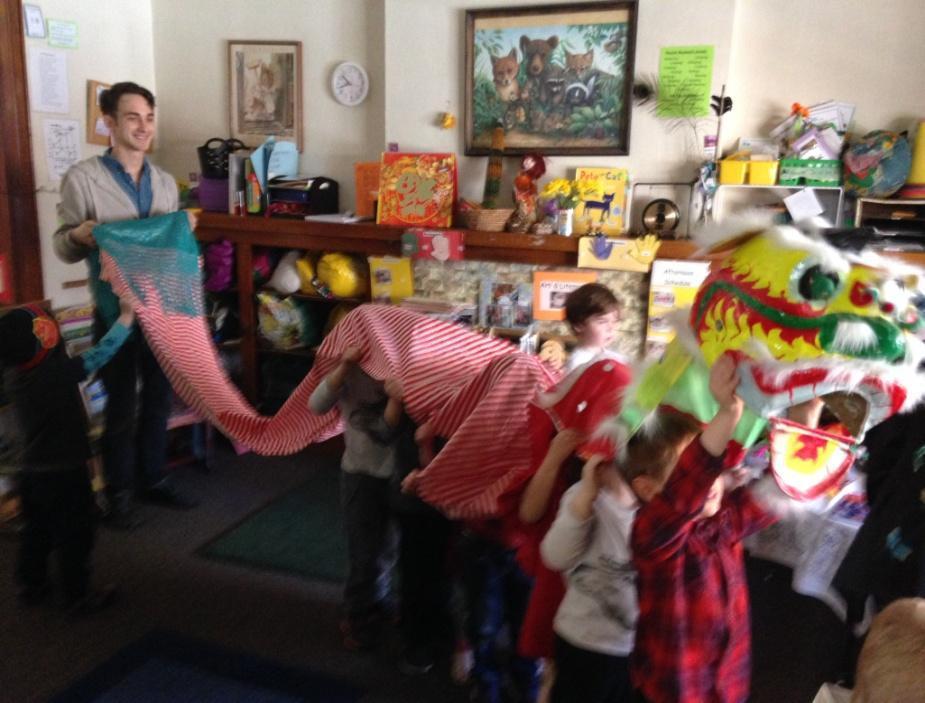 Ni hao! Hello! Chinese New Year is a one month cherished celebration at MorningStar Preschool where we honor all things Chinese. Chinese costumes, instruments, stories, animals from the Asian continent, music, foods, and other traditions are experienced. The rooms of the school are decorated in red and with Chinese scroll paintings of tigers and dragons. In China, every village wants to have a dragon! Chinese dragons fly without wings. They possess great magic and wisdom. They help to solve problems and are greatly prized.

Children play the gong, drums, flutes, and other instruments. The paper fans are brought out and the Chinese fan dancing begins. The flute music begins as fans go up and down and around. Little hands are busy with various art projects like painting with red and gold colors, lantern and kite making. A few of the older children practice writing some of the simpler Chinese characters. Each Chinese letter tells a story. 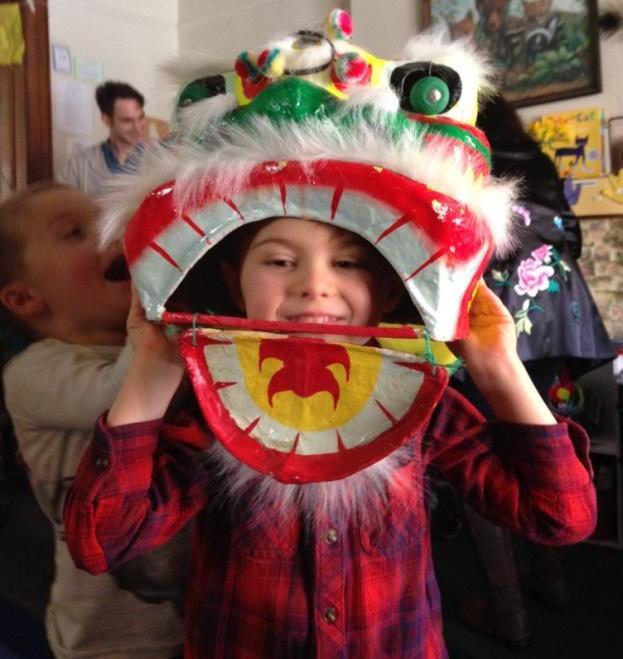 Over in the corner four kids are playing Chinese jump rope. An elastic rope is curled around two chairs and students are practicing jumping over it. Some of the older children are the playing pick up sticks game and in the dramatic play center, kids can be seen dressing up in traditional Chinese clothing, bowing to each other, and trying to use chopsticks. At the sensory table, there are small plastic tigers, dragons, and pandas to play with.

Yoga asana is practiced throughout the month and they select animals from the Chinese zodiac. As the choose these animals, they learn the male and female names of some such as rooster/hen/chicken, tiger/tigress, ox/ bull/cow, sheep/ewe/ram as well as snake, horse, goat, rabbit, dragon, monkey, pig, rat, and dog. 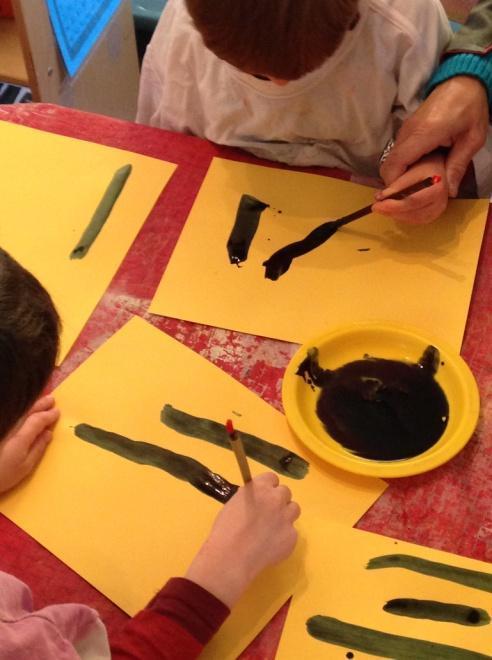 The children are divided into 3 groups according to birth. Right now, we are in the year of the Dog. What year were you born to? Students are separated into groups by birth year and their name tag is put under the picture of that animal. Kiddos can recognize their name and the birth animal’s picture it is under.

Chinese music floats through the school as children prepare for the Lion Dance parade and a visit from a Mandarin woman who visits MorningStar every year during this special time. The Lion delightfully parades through the school.

Children play with red sand and sample dumplings. A Chinese story is told and children play outside with their kites and streamers. Finally, they go to sleep dreaming of dancing and dragons. Wan’an. Good night!