The session started in the morning with kiirtana, followed by a “getting-to-know-each-other” activity. The participants were asked to express their perceived problems in society in a simple brainstorming-like fashion. Everyone gladly participated. They were grouped into fours and joined by Proutists (Progressive Utilization Theory) to guide them in the discussion of the issues at hand.

In the afternoon session, each of the groups was given the leeway to choose some problems to discuss and to offer some solutions. Then they presented it as they saw fit. The facilitator offered some comments on the topic at hand from Proutistic insights.

At the end of the session, the participants decided to form a group chat so as to further the discussion thru the web. They named the group chat “LEFRÏESER” which is shorthand for LEadership, FRIEnds and SERvice. It was also suggested that a full-blown three-day LTS be conducted in the near future, most probably in the newly acquired master unit in the Baguio area. As of this writing, Jaya Krisna – an engineering student from De La Salle – has already created the chat group with the rest of the participants as members. Presently, the group discussion is focused on Neohumanism. 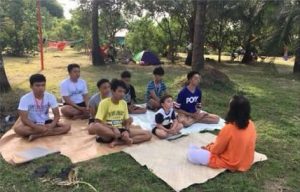 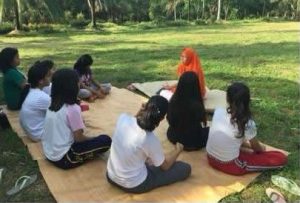 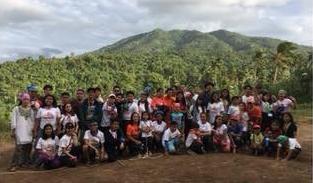 Besides the leadership training, an additional youth event was held in Nagcarlan, Laguna and attended by 56 participants from Metro Manila and other provinces. A variety of activities were conducted including Introduction to Spirituality, treasure hunting, adopt-a-child program, folk dancing, hiking, tug of war, swimming, mountain climbing and rappelling. Kaoshikii dance, kiirtan dance, yoga asanas and meditation classes were given to each group.

A night of appreciation was presented to the spiritual teachers and organizing committee. The program started with an interpretative dance from Shanti, a violin serenade by Mau, presentation of the flags of the different sectors and “Harana” (traditional lyrical songs). Kaosikii dance was also performed by the youth participants. A fire dance by Tina and Mahadev excited the audience. A surprise dance by Dada Dharmadevananda completed the program with much laughter and a very inspiring kiirtan and short sadhana led by the youth. A followup event is scheduled for the end of May at the same location.