Members of Gurukula Sweden held a planning meeting in January. 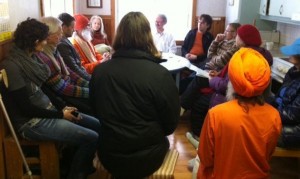 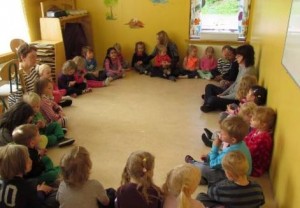 In December, Dada Krsnasevananda led a meeting on establishing Prout college in Denmark. 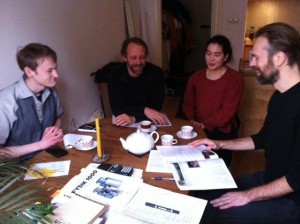 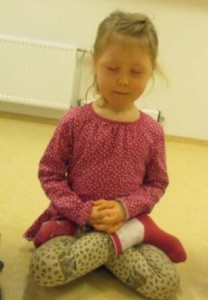 from a parent at the school

I want to tell you about an incident that occurred last fall. One evening my son did not at all want to go to sleep and refused to be put into bed. Having tried all my usual tactics, I suddenly asked him gracefully: “Should we speak with the Supreme Being?” My son instantly went silent, looked deep into my eyes and whispered “yes”. I lay him in his bed, kneeled by it putting palms together in front of my heart and said, Supreme Being, thank you for life. Thank you for our existence.” My son repeated with deep honesty, “thank you”. Then he began singing softly “Baba Nam Kevalam”, still with hands in the prayer position and fell asleep. Right there I understood how life at (Ananda Marga School) Sælukot has developed my child’s understanding of higher consciousness. Before this I did not pray on a regular basis and had never interacted with my son in this way. It was like he had been waiting for it. He joined (Ananda Marga School) Sælukot in August last year and had only been there for a few months at that time. One cannot help to think with reverence of the children and their most certain connection to the Supreme Being. I am deeply grateful to all the staff of at Sælukot and just want to point out that this development is invaluable, where as a mind without a concept of something higher than itself, is a mind lost in the world. This kind of teaching is unique to Sælukot kindergarten, thank you. – Warm wishes, Kristjanklausen

Dr. Chen joined the Gurukula staff in Taipei to review the progress and plans of the NHE movement in Taiwan. Bhaswati also offered to work for AMGK in Taiwan to help start a neohumanist school in Taiwan. Meanwhile, Snehalata, Geeta, Karuna, Shantimaya, Amrta, Rudramohan and a host of other neohumanist educators are meeting regularly to further the cause of neohumanism in Taiwan and China. A regular study group has been meeting every week for more than a year now to deepen their knowledge of NHE. Dada Shiilabhadrananda also offered to assist the group to establish and strengthen the Gurukula Association in Taiwan. 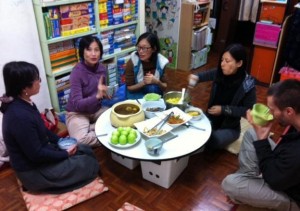 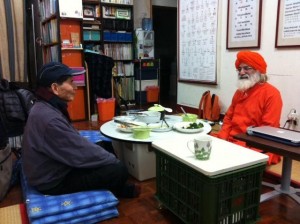