From April 9-12, Nelson (New Zealand) was host to IDEC 2015. IDEC stands for International Democratic Education Conference. It was first held 23 years ago at the initiative of Yaakov Hecht, an Israeli educator who founded the Democratic School movement in Israel. It is a conference for those interested in alternative education models to share their work and ideas. Every year the conference is held in a different country. We organised a small delegation of 5 volunteers to assist with the catering at the conference as well as to present an overview of Neohumanist Education in the early childhood sector. Over 300 people attended, the majority being both alternative and mainstream education practitioners in NZ, but with delegations sent from alternative schools in Taiwan, Nepal, Puerto Rico, Mexico and the US.

Throughout the conference we had many thoughtful discussions amongst ourselves as we grappled with some of the ideas presented at the conference, especially around learner responsibility, values education and self management. The keynote presentations were given by Dr. Rangimarie Turuki Rose Pere and Yaakov Hecht.

Dr. Rose Pere is a respected Maori elder and holder of spiritual wisdom, who has been involved in education, community development and language revitalization for the past 40 years.
Rose has been strongly influenced by teachings that go back over 12,000 years. Her book “Te Wheke – A Celebration Of Infinite Wisdom,” is an introduction to these teachings. It covers the traditional modes of learning for the Maori and is used as a training model of education by all Government agencies in New Zealand. It is also used in the USA, Canada, the United Kingdom, Australia, Europe, Japan, and has been translated into Japanese and German. The central message in Rose’s talk was that we are all children of the divine, find your passion and make a positive change in the world around you with the energy you gain from being in-line with your passion. 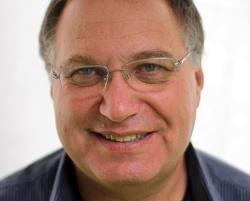 Yaakov Hecht founded the Democratic School in Hadera, Israel, in 1987, where each schoolchild builds his own personal study program and determines what to learn, how, when, where and with whom. Over time, Yaakov has also been involved in the foundation of similar schools both in Israel and worldwide and has launched the development of the Education Cities model, whose goal it is to transform the entire city into one big school by developing municipal collaborations between public institutions and private organizations that are active in the city, in order to expand the unique development routes that are available for each schoolchild. In his talk, Yaakov identified the need to evolve from a traditional pyramid structure hierarchy to that of a network hierarchy. He anticipates a massive change in the delivery of education in the next 5 years due to MOOCs (Massive Online Open Courses). Teachers will no longer be the fount of knowledge, but instead will have to hone their skills in how to teach research skills, facilitation and organise students into network learning circles. 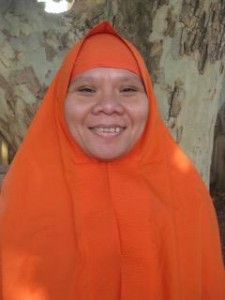 During the conference, Didi A.Madhupurna presented a talk about the way that she teaches Neohumanistic values in her school in Melbourne. Part of her talk is included here:

The basic philosophy of Ananda Marga schools is Neohumanism. The idea behind this philosophy is expanding the mind from a narrow sentiment to a broad sentiment. How do we teach these values to children of a young age? We teach values through games. We want the children to learn with joy, not fear.

We choose songs and stories to deliver the basic values to impart these. We also teach yoga and meditation. How do we relate the practise that we need to love the animals and plants?
One example is that we ask the children for names of animals that they love, and then integrate them into the songs. The words of the songs are about not hurting those animals and that we are all in the same Oneness.

We find that with a vegetarian philosophy we have challenges. We are funded by the government but they respect our school. As long as the community is happy with it, then they respect it. They asked for sufficient evidence to prove to the department that the children are not being disadvantaged by being vegetarian, so we had to do lots of research to make a compelling argument for our stance. Many of our families are not vegetarian, but they respect our philosophy. Every morning a parent brings fruit and it is cut and shared to the children. They have pride in sharing the food from their house. The kids provide their own lunch, which is also required to be vegetarian on our premises. We brief the parents about why we require vegetarian food and the benefits of that. We give them a recipe book that was written by the parents and do a lot of cooking classes with the children and the staff, but we ask the parents to share the recipes from their home. We publish a cooking book every year. We promote a healthy lifestyle in this way. The families have a sense of belonging and appreciation.

We teach yoga to the children – it’s a fun time. I trained all our staff as yoga teachers for children. They sing as they do the postures and integrate the breathing into the technique. If you try to give yoga with a structure, as adults do – then they get bored. We also teach them with the stories that I make up on the spot. I make up a story like, “I went to the zoo and there I saw a snake (do snake posture) and then I saw …” Sometimes the children create postures that I never saw in a book. So, it is all about creativity and imagination being expanded. Our goal for the exercises is to create relaxation and creativity with the postures. Their glandular system is not yet developed enough to do the full techniques. We also use it also to teach slower breathing and for the children to learn to hold their breath through the postures.

Meditation and visualisation are delivered through the program. This is an important part of the curriculum for us. We teach them that when you breathe in, you are receiving love from your parents, family and friends and when you breathe out, you are giving it back to them.

We do gardening with the children, harvest and cook the foods. Every day we have a “walkabout” to the surrounding four parks in our area. And there we do some of our program. It is delivered in the park. The children learn road safety. We have developed a tradition now that on one day, the children and staff will go door to door in pajamas to raise money to buy books for the children who have no money to buy books. These are delivered to the Salvation Army.